The trouble with the younger generation is that they don't stay young for very long.
--Albert Einstein

Design 13 Albert Einstein Quote: The Trouble With The Younger Generation Is That They Don't Stay Young For Very Long.- Black Text On Quotes Background

Design 14 Albert Einstein Quote: The Trouble With The Younger Generation Is That They Don't Stay Young For Very Long.- White Text On Starry Pic Background

Design 15 Albert Einstein Quote: The Trouble With The Younger Generation Is That They Don't Stay Young For Very Long.Printed In White Text On Seashore Background

We spent a month in Japan last year, a week in Istanbul for the United Nations, and nearly three months in my native Nova Scotia, where my two brothers have homes; and we'll go back there this summer.

We spent a lot of time trend forecasting and collaborating on ways to design a fresh line of fashion-forward, affordable luxury.

We spent a lot of time together and had a great time with Mary Tyler Moore. And just working with her was like improv.

We spent a lot of time talking about politics at home. We went to the camp at Greenham Common. 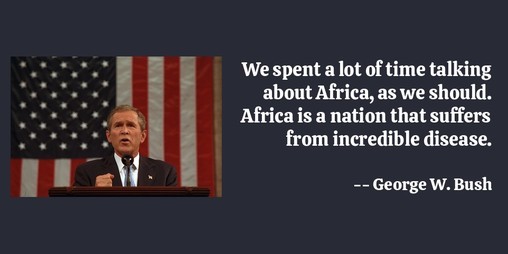 We spent a lot of time talking about Africa, as we should. Africa is a nation that suffers from incredible disease.

We spent a lot of time on the beach when I was young so I'd also take pictures of seaweed and crabs.

We spent a lot of time on that record with the sound and recorded it on the Paramount sound stage which is this huge room where the sound is reflected but the reflection is so late and comes from so far away that it doesn't blur the music but gives you a room nonetheless.

We spent a lot of time making 'Transangelic Exodus' and toward the end of it, my ability and my love for music -- that is, just garage music, direct and immediate -- started to feel neglected.

We spent a lot of time in simulators. We were going to do it right.

We spent a lot of money on some players.

We spent a long time learning the craft of songwriting, Roger Glover and I, for a few years before we joined Deep Purple. You learn about the percussive value of words, and you learn about rhyme and meter. You learn that you can't transform a poem into a song lyric, mostly because the spoken shape of words is different than the sung shape of words. You wouldn't use the vowel 'U' or the vowel sound 'ooo' for a high note for example, its very difficult.

We spent a few days up Ben Nevis, which is the biggest mountain in the U.K., and there was one day when we had to make a decision whether we were going to go to the summit or not. It was already getting dark, but we made the call to go and made the summit, but as soon as we got there, this blizzard just hit.

We spent a fair amount of time on Ukraine. And I think there's a path that we discussed that we will follow up on in order to try to resolve some of the outstanding issues in order to fully implement Minsk.

We spent $100 billion on education, saving the education system 300,000 teachers who were laid off because of the recession. We also put tens of thousands of lower income kids in college through Pell grants which has fundamentally all their opportunity. We did the same thing with regard to what we did on transportation. So we weren't just trying to -- we knew we had to do something big to keep us from going over the cliff into a depression and pull us out of hole.

We spend too much time hiding illness.

We spend too much time fretting over the way the industry produces programming, and too little worrying about the way the public consumes it.

We spend too much time as people thinking about what we don't have instead of actually making a change, and we just need to make that change now because we're being giving the opportunity.

We spend to pretend that we're upper class. And when the dust clears -- when bankruptcy hits or a family member bails us out of our stupidity -- there's nothing left over. Nothing for the kids' college tuition, no investment to grow our wealth, no rainy-day fund if someone loses her job.