Life is a great tapestry. The individual is only an insignificant thread in an immense and miraculous pattern.
--Albert Einstein

Design 8 Blue And Black Butterfly On Pink And Yellow Flower

Design 13 Albert Einstein Quote: Life Is A Great Tapestry. The Individual Is Only An Insignificant Thread In An Immense And Miraculous Pattern.- Black Text On Quotes Background

Design 14 Albert Einstein Quote: Life Is A Great Tapestry. The Individual Is Only An Insignificant Thread In An Immense And Miraculous Pattern.- White Text On Starry Pic Background

Design 15 Albert Einstein Quote: Life Is A Great Tapestry. The Individual Is Only An Insignificant Thread In An Immense And Miraculous Pattern.Printed In White Text On Seashore Background 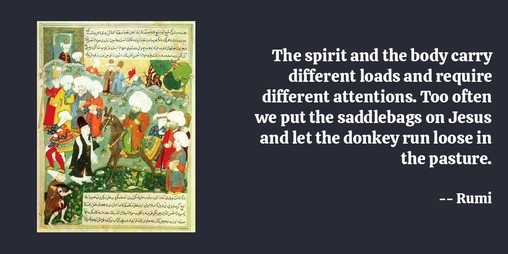 The spirit and the body carry different loads and require different attentions. Too often we put the saddlebags on Jesus and let the donkey run loose in the pasture.

The spirit and determination of the people to chart their own destiny is the greatest power for good in human affairs.

The spiraling flights of moths appear haphazard only because of the mechanisms of olfactory tracking are so different from our own. Using binocular vision, we judge the location of an object by comparing the images from two eyes and tracking directly toward the stimulus. But for species relying on the sense of smell, the organism compares points in space, moves in the direction of the greater concentration, then compares two more points successively, moving in zigzags toward the source. Using olfactory navigation the moth detects currents of scent in the air and, by small increments, discovers how to move upstream.

The spiral is a spiritualized circle. In the spiral form, the circle, uncoiled, has ceased to be vicious; it has been set free.

The spinning wheel is not meant to oust a single man or woman from his or her occupation.

The spinning wheel is as much a necessity of Indian life as air and water.

The spinning wheel is a symbol of nonviolence for me.

The spine, and I do not attempt to conceal the fact, had become soluble, in the last degree. 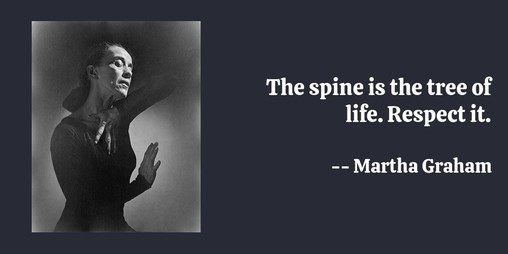 The spine is the tree of life. Respect it.

The spine is the lifeline. A lot of people should go to a chiropractor but they don't know it.

The spider-mind acquires a faculty of memory, and, with it, a singular skill of analysis and synthesis, taking apart and putting together in different relations the meshes of its trap. Man had in the beginning no power of analysis or synthesis approaching that of the spider, or even of the honey-bee; but he had acute sensibility to the higher forces. 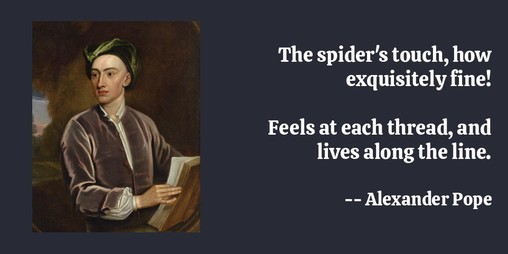 The spider's touch, how exquisitely fine!

Feels at each thread, and lives along the line.

The spider's most attenuated thread Is cord, is cable, to man's tender tie On earthly bliss; it breaks at every breeze.

The spider's most attenuated thread

Is cord, is cable, to man's tender tie

On earthly bliss; it breaks at every breeze.

The spider is the chamberlain in the Palace of the Caesars The owl is the trumpeter on the battlements of Afrasiyah.

The spider is an animal who eats mosquitoes. That's why I love the spider -- it is the only way we have to deal with these insects.

The spider fattens himself on flies, and the Pharisee has his reward. Foolish persons are easily entrapped.