On quantum theory I use up more brain grease (rough translation of German idiom) than on relativity.
--Albert Einstein

Design 13 Albert Einstein Quote: On Quantum Theory I Use Up More Brain Grease (Rough Translation Of German Idiom) Than On Relativity.- Black Text On Quotes Background

Design 15 Albert Einstein Quote: On Quantum Theory I Use Up More Brain Grease (Rough Translation Of German Idiom) Than On Relativity.Printed In White Text On Seashore Background

We have vastly increased the amount of funding that is available for conservation partnerships. 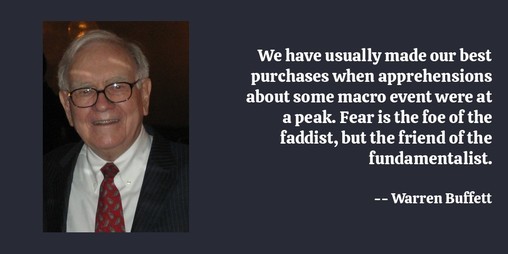 We have usually made our best purchases when apprehensions about some macro event were at a peak. Fear is the foe of the faddist, but the friend of the fundamentalist.

We have used the words mechanical life, the mechanical kingdom, the mechanical world and so forth, and we have done so advisedly, for as the vegetable kingdom was slowly developed from the mineral, and as, in like manner, the animal supervened upon the vegetable, so now, in these last few ages, an entirely new kingdom has sprung up of which we as yet have only seen what will one day be considered the antediluvian prototypes of the race.

We have used the presence of UNMIK, as well as other European and American agencies to establish a legal framework compatible with the European Union and that is already an advantage. We have seen the positive effects of this and our parliament will continue to go this way.

We have used the Bible as if it were a mere special constable's handbook, an opium dose for keeping beasts of burden patient while they are overloaded.

We have used the Bible as if it was a mere special constable's handbook -- an opium-dose for keeping beasts of burden patient while they were being overloaded -- a mere book to keep the poor in order.

We have unmistakable proof that throughout all past time, there has been a ceaseless devouring of the weak by the strong.

We have unleashed aspirations of youngsters. Democracy is not going to go backwards. India is too big a country to be run by one person. We are going to accelerate the process of democratization and I think that is the biggest opportunity for Congress party because that is the DNA of the Congress.

We have undoubtedly achieved Pakistan, and that too without bloody war, practically peacefully, by moral and intellectual force, and with the power of the pen, which is no less mighty than that of the sword and so our righteous cause has triumphed. Are we now going to besmear and tarnish this greatest achievement for which there is no parallel in the history of the world? Pakistan is now a fait accompli and it can never be undone, besides, it was the only just, honourable, and practical solution of the most complex constitutional problem of this great subcontinent. Let us now plan to build and reconstruct and regenerate our great nation.

We have undocumented immigrants in America who are paying more federal income tax than a billionaire. I find that just astonishing.

We have two useless gods who never leave our island, but like to dwell in it constantly, Poverty and Helplessness.

We have two trainers at the polo ground and do a mix of aerobics, gymnastics and stretches before we start riding. As polo players, it's very important for us to keep in shape. We do a bit of yoga and Pilates sometimes, too.

We have two thousand nuclear weapons on the trigger alert right now and Hillary Clinton wants to start an air war with Russia, a nuclear-armed power, over Syria as the means of addressing ISIS and the crisis in Syria.

We have two tasks, to do what you enjoy (happiness through excellence) and to be a good person (integrity via empathy and honesty).

We have two tables on our airplane that are set up with the games.

We have two parties who are basically hijacking our country for their corporate paymasters. And if we focus on 535 members of Congress, that's not all that many, we're going to see a fast turnaround. So focus all your concerns, all the information, the kind of agenda the Green Party has. Turn it right on your Senators and Representatives.