Joy in looking and comprehending is nature's most beautiful gift.
--Albert Einstein

Design 2 Group Of People Inside The Room In Grayscale Photo

Design 6 Man And Woman Hugging Each Other

Design 7 Mixed Paints In A Plate

Design 15 Albert Einstein Quote: Joy In Looking And Comprehending Is Nature's Most Beautiful Gift.Printed In White Text On Seashore Background

'Dead peasants insurance' is a term that sounds as if it comes straight out of Monty Python. If only that were true.

'Deadline' is the story of a young man forced to discover who he is, and what's important in life, during the short span of his senior year in high school.

'Deadpool Bad Blood' is a book that long-term fans of Wade Wilson can appreciate it along with newcomers and movie fans. We gave this book everything we had, and I think it shows.

'Deadpool' feels like it exploded out of nowhere, but it was a ten-year development process on that movie. I think it was honed over those ten years.

'Deadpool' is massively successful because they made a very unique movie. That uniqueness and originality, try to imitate that. Not, 'How about let's try to do 'Deadpool' on a train.'

'Deadpool' took seven years to get to the motion picture screen, and I use that as my measurement. That tested me and my patience more than anything I could've imagined because the screenplay was so good.

'Deadpool' was 'Alien.' It's brilliant. It completely works. It's a masterpiece. 'Deadpool 2' is 'Aliens.'

'Deadwood' proved that viewers are smarter in terms of grasping intricate dialogue than they had been given credit for.

'Deadwood' was a magical experience. It was an absolute culmination of everything I've ever wanted to do as an actor as an artist, and I was enormously proud to have been involved with it.

'Deadwood' was an incredible experience.

'Deadwood' was just a wonderful opportunity for me. Outside of my own things that I've written, I hadn't had the opportunity to play a character with that amount of depth and range.

'Dear God,' she prayed, 'let me be something every minute of every hour of my life.' 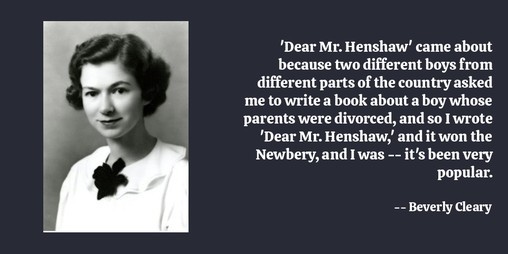 'Dear Mr. Henshaw' came about because two different boys from different parts of the country asked me to write a book about a boy whose parents were divorced, and so I wrote 'Dear Mr. Henshaw,' and it won the Newbery, and I was -- it's been very popular.

'Dear White People' started a conversation about race. It's such a difficult thing to talk about, especially in America because of our history. I love that you can confront it with humour and with satire.

'Death In Paradise' is my dream job -- a fascinating character, great scripts, superb cast, and shooting in the Caribbean with French catering.

'Death Of A Salesman' is a great acting job.

'Death Race' was a very modern action movie, and it used all of those modern action techniques with lots of hand-held camera, lots of punchy zooms, and lots of quick movements and quick cuts.

'Death Sentence' really is a throwback to the '70s style revenge drama with moments of action. It's like a contemporary 'Death Wish' with a much more thriller style storyline, but the action scenes I shot very much in the style of '70s films like 'The French Connection.'