Anyone who doesn't take truth seriously in small matters cannot be trusted in large ones either.
--Albert Einstein

Design 7 Body Of Water Surrounded With Plants Under Cloudy Sky

Design 11 Man And Woman Sitting On Hanging Bridge At Daytime

Design 13 Albert Einstein Quote: Anyone Who Doesn't Take Truth Seriously In Small Matters Cannot Be Trusted In Large Ones Either.- Black Text On Quotes Background

Design 14 Albert Einstein Quote: Anyone Who Doesn't Take Truth Seriously In Small Matters Cannot Be Trusted In Large Ones Either.- White Text On Starry Pic Background

Design 15 Albert Einstein Quote: Anyone Who Doesn't Take Truth Seriously In Small Matters Cannot Be Trusted In Large Ones Either.Printed In White Text On Seashore Background

lend your ears to music, open your eyes to painting, and stop thinking! Just ask yourself whether the work has enabled you to walk about into a hitherto unknown world. If the answer is yes, what more do you want?

kissing George was a little like rolling in caramel after spending years surviving off rice sticks.

its not so much about the shoes, but the person wearing them.

it's not just learning that's important. It's learning what to do with what you learn and learning why you learn things that matters.

it's like the people in the play are living in the same world but separately from each other, like their worlds have somehow become disjointed or broken off each other's worlds. But if they could just step out of themselves, or just hear and see what's happening right next to their ears and eyes, they'd see it's the same play they're all in, the same world, that they're all part of the same story.

it's important to have something going on somewhere, at work or at home, otherwise you're just clinging on.

it would be like gazing at the photograph of a dead comrade; those are his features, it is his face, and the days we spent together take on a mournful life in the memory; but the man himself it is not.

it would be interesting to find out what goes on in that moment when someone looks at you and draws all sorts of conclusions.

it was raining on Himmel Street when the world ended for Liesel Meminger. The sky was dripping. Like a tap that a child has tried its hardest to turn off but hasn't quite managed.

it seems to me that a pleasurable Contemplation of Beauty has certainly an immeasurably greater value than mere Consciousness of Pleasure.

it must make sense to try and sign up the minister's man, who in the end is the one person who can ensure that you will be awarded the contract.
The system seems to work well, and as long as a minister deals only with reputable international firms and doesn't become too greedy, no one complains.
Fail to observe either of those two golden rules and the whole house of cards collapses.

it makes sense that introverts are uniquely good at leading intiative-takers. Because of their inclination to listen to others and lack of interest in dominating social situations, introverts are more likely to hear and implement suggestions. Having benefited from the talents of their followers, they are then likely to motivate them to be even more proactive. Introverted leaders create a virtious circle of proactivity. 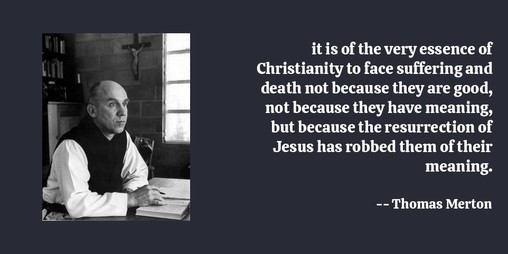 international hand of freindship. A cigarette.

in this place everything is forbidden, not for hidden reasons, but because the camp has been created for that purpose.

in the relentless and meaningless manner one searches for something in a nightmare, coming on doors that won't open or drawers that won't shut, struggling over and over against the same meaningless thing, not knowing why the effort seems so desperate, why the sudden sight of a chair with a shawl thrown over it inspires the mind with horror.

in the library surrounded by things far more dangerous than what roamed the school corridors. For here thoughts were housed.

if you dread tomorrow, it's because you don't know how to build the present, you tell yourself you can deal with it tomorrow, and it's a lost cause anyway because tomorrow always ends up becoming today, don't you see?