I want to know all God's thoughts; all the rest are just details.
--Albert Einstein

Design 13 Albert Einstein Quote: I Want To Know All God's Thoughts; All The Rest Are Just Details.- Black Text On Quotes Background

Design 14 Albert Einstein Quote: I Want To Know All God's Thoughts; All The Rest Are Just Details.- White Text On Starry Pic Background

Design 15 Albert Einstein Quote: I Want To Know All God's Thoughts; All The Rest Are Just Details.Printed In White Text On Seashore Background

'Khoobsurat' was an eye-opener in many ways. Cinema is a colossal money-churning business in India, and working in that environment offered me quite an incredible learning experience.

'Ki And Ka' in a very sweet way says that if you have talent, then gender doesn't matter.

'Kill Bill' is one of my favorite movies of all time.

'Killer Joe' provides a lot of red meat for the theater. Pam MacKinnon is the perfect director to shepherd a group of actors who share a certain bloodlust.

'Killer Joe' was originally written in 1991 and first produced in '93 at the Next Theater's Lab -- a 40 seat black box theater in Evanston, Illinois -- back when I was getting started. I was just 25 and I had been acting for awhile, but it was my first play and the one that really got me noticed, especially by Steppenwolf.

'Kimmy' first and foremost is a show about a woman overcoming the odds. I think that they write the show in a way that you're not beaten over the head with it, but showing and not telling. I think that's really powerful.

'King Kong,' especially the first two acts of it, is a really good example of the use of miniatures mixed with digital characters and how convincing it was.

'King Lear,' I've been seeing all my life. I mean, the great actors of my lifetime... to join their company, as it were, by playing a part that's challenged them, is one of the great joys of being an actor who does the classics.

'Kiri' reflects the society we're living in now, where everything has to be transparent and people are under so much pressure. The scrutiny is extraordinary and you really get a sense of panic emerging. 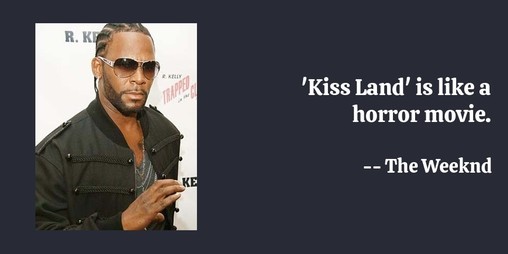 'Kiss Land' is the story after 'Trilogy'; it's pretty much the second chapter of my life. The narrative takes place after my first flight; it's very foreign, very Asian-inspired. When people ask me, 'Why Japan?' I simply tell them it's the furthest I've ever been from home. It really is a different planet. 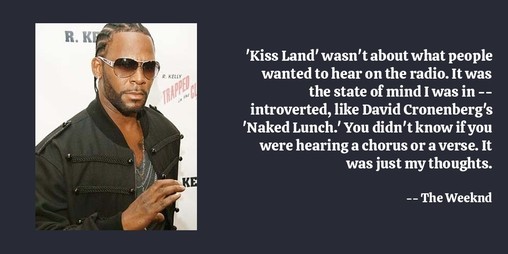 'Kiss Land' wasn't about what people wanted to hear on the radio. It was the state of mind I was in -- introverted, like David Cronenberg's 'Naked Lunch.' You didn't know if you were hearing a chorus or a verse. It was just my thoughts.

'Kiss Me.' That's my 'Twilight' tune, a song you'd have on the 'Twilight' soundtrack.

'Kit Kittredge' was an amazing experience because I got to go to Canada, and it was my first 'era' film, so I got to wear the 1930s clothes, the real vintage clothes. 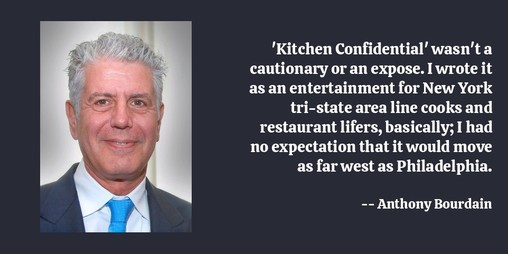 'Kitchen Confidential' wasn't a cautionary or an expose. I wrote it as an entertainment for New York tri-state area line cooks and restaurant lifers, basically; I had no expectation that it would move as far west as Philadelphia.

'Kitchen Wars' makes 'MasterChef' look like a walk in the park!

'Knockemstiff' is a collection of short stories set in the holler of the same name in southern Ohio where I grew up. I tried to link the stories together through the place and some recurring characters.

'Know thyself' is a good saying, but not in all situations. In many it is better to say 'know others.'

'Know,' says a wise writer, the historian of kings, 'Know the men that are to be trusted'; but how is this to be? The possession of knowledge involves both time and opportunities. Neither of these are 'handservants at command.'