Anyone who has never made a mistake has never tried anything new.
--Albert Einstein

Design 13 Albert Einstein Quote: Anyone Who Has Never Made A Mistake Has Never Tried Anything New.- Black Text On Quotes Background

Design 14 Albert Einstein Quote: Anyone Who Has Never Made A Mistake Has Never Tried Anything New.- White Text On Starry Pic Background

Design 15 Albert Einstein Quote: Anyone Who Has Never Made A Mistake Has Never Tried Anything New.Printed In White Text On Seashore Background 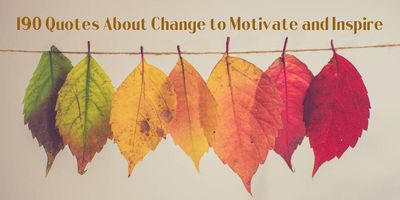 'Kol Nidrei' is probably the most important prayer in the Jewish religion. It comes on the evening of Yom Kippur. There are so many different renditions of it.

'Krampus' had a certain originality about it, so I jumped on board.

'Kukla, Fran and Ollie' occurred in real time and was a benign and bewitching example of pure television.

'Kung Fu' was never cancelled; I just left. I decided I had enough of it, and I thought I should do a movie right away, because I think when you leave a television series, it's important that you establish the fact that you're a movie actor really quickly, or you might never get that chance.

'Kung Fury!' I mean, Jesus, that thing is amazing.

'L.A. Confidential' was written with me in mind, but Russell Crowe got the part. Go figure.

'L.A. Law' has been a bit of a blessing and a curse. First of all, it was a very prestigious show that had a lot of intellect, and I was the pretty boy. I've had to battle that my whole career: 'Oh, you were the face guy. You didn't really have to act; you just had to wear the right suits.' I had to battle that.

'LIFE Magazine' decided to do a story about a young actress in Hollywood in 1954. And I made the cover. And I remember that the fellow who was doing the story on me said, 'Listen, kid, I just want you to know, if Eisenhower gets a cold, you're off the cover.'

'LOL' is one of several texting expressions that convey nuance in a system where you don't have the voice and face to do it the way you normally would.

'La Dolce Vita' made we want to go to Rome and, if not jump into the Trevi Fountain, at least watch someone else do it. Maybe that's why I married an Italian...!

'La Lupe' is my passion project. I've done it as a one-woman show, but I'm raising money to turn it into a film. It's a story of a Cuban singer who became the Queen of Latin Soul, the first woman on the N.Y. salsa scene.

'La Mancha' was a gift from me to me. I never thought for a minute it was going to be a hit.

'La Vie en Rose' is just about my favorite movie. Marion Cotillard, I'm so desperately obsessed with her work.

'Lady Bird' probably doesn't need more attention than it has gotten. It's a perfect movie, and some of its perfection is in its casting, but this is a movie crammed with wonderful work by people who aren't Laurie Metcalf and Saoirse Ronan: people like Lucas Hedges, Tracy Letts, Stephen McKinley Henderson, and, yes, that Timothee Chalamet.

'Lagoon' is an ambitious novel.

'Landfill' by Daughter has calming, rich tones that are only improved upon by the gorgeous voice of Daughter.