An autocratic system of coercion, in my opinion, soon degenerates. For force always attracts men of low morality, and I believe it to be an invariable rule that tyrants of genius are succeeded by scoundrels. For this reason I have always been passionately opposed to systems such as we see in Italy and Russia to-day. -- Albert Einstein

Design 6 Three People Sitting In Front Of Table Laughing Together

Design 15 Silhouette Of Grass Under Moonlight 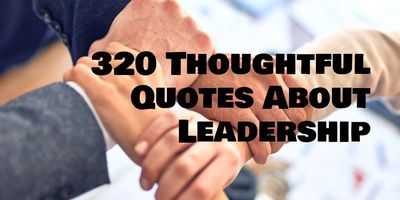 'Dus' was different from 'Tum Bin,' and 'Ra.One' from 'Dus,' but the difference didn't pop out as much as 'Mulk.' That was because it was an issue-based film and crossed the line as being a serious, hard-hitting movie.

'Duty' is a refreshingly honest memoir and a moving one. Mr. Gates scrupulously identifies his flaws and mistakes: He waited too long, for example, for the military bureaucracy to fix critical supply issues like the drones needed in Iraq and took three years to replace a dysfunctional command structure in Afghanistan.

'E pluribus unum' is perhaps the most obnoxious motto the Founders could have come up with, as far as liberals are concerned. They don't mind the e pluribus part -- they love to note the things that divide and separate us. But they positively despise the unum part.

'E.T.' and 'Star Wars' were cult movies then and opened up a brand new world of adventure and mystery. But as much as I would have loved to be friends with E.T., I realized that following in the footsteps of Magic Johnson and Michael Jordan was more realistic.

'E.T.' began with me trying to write a story about my parents' divorce.

'E.T.' depended absolutely on the concept of cinema, and I think that Steven Spielberg, who I'm very fond of, is a genius.

'E.T.' was far-fetched. 'E.T.' was this wimpy-looking kid that came to Earth to pick some plants, but he came from the Andromeda Galaxy to do that.

'ER' was so huge that whatever I did coming back to television, I'd have to feel as strongly about.

'Each One Lost' I wrote the day after I got home. My week in Afghanistan was a very short trip, but it was a powerful experience.

'Eagle vs Shark' is a little film I could take risks with and make mistakes on.

'Eagle vs Shark' was about keeping myself sane. I wanted to go back to my comedy roots with people I trusted and had worked with before and do something low-budget and more experimental.

'Earth' is a silly name for this planet.

'East of Eden' is an important story for me. It's about a kid that's misunderstood and feels like he's not loved by his father. It's a very father-son kind of story, and it's not until the end that they sort of make up. I like that because every boy has trouble with his father, so it's very relatable.

'EastEnders' has been wonderful to me and it's no secret that it changed my life all of those years ago. I'll be so sad to leave Peggy behind; she's such a wonderful character to play. I have had the pleasure of working with a marvelous cast and crew and have made many lasting good friends.