So long as there are men, there will be wars.
--Albert Einstein

Design 6 Grayscale Photo Of A Bunch Of Metal Tools

Design 8 Boat On Sea Far Away From Island

Design 13 Albert Einstein Quote: So Long As There Are Men, There Will Be Wars.- Black Text On Quotes Background

Design 14 Albert Einstein Quote: So Long As There Are Men, There Will Be Wars.- White Text On Starry Pic Background

Design 15 Albert Einstein Quote: So Long As There Are Men, There Will Be Wars.Printed In White Text On Seashore Background 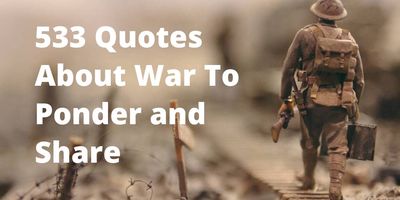 When I make decisions based on other circumstances, things don't necessarily go so well. So sometimes, even if something seems commercially tempting, I've learned that if it's not what's in your heart, it's probably not what you should do.

When I make art, I think about its ability to connect with others, to bring them into the process.

When I make an error, it's a very bad day in my house.

When I make an American movie it's going to come out all over the world-it doesn't happen the same way for an Italian film or a French film.

When I make a work, I often take it to the very edge of its collapse, and that's a very beautiful balance.

When I make a vow to God, then I would suggest to you that's even stronger than a handshake in Texas.

When I make a record with My Morning Jacket, I love what those guys do, so I don't have a need to play bass or drums or anything, because we're doing that as a unit.

When I make a recipe for the first time and it's fabulous, I know I'm in trouble because I don't know exactly what I did, and I can't replicate it.

When I make a promise about keeping something in confidence, I do.

When I make a picture, I make love.

When I make a photograph I want it to be an altogether new object, complete and self-contained, whose basic condition is order (unlike the world of events and actions whose permanent condition is change and disorder).

When I make a new movie, I always get stuck with, That's not an Oliver Stone film. But I don't know what to do about that except just move on.

When I make a movie, I just make the movie. I don't think about the success of it. If it becomes successful, that's an amazing treat. If it doesn't, you had a great time making it and you learned from it, and then you make a new thing.

When I make a movie, I have both a specific and vague, amorphous dream idea of what the movie is going to be. Of course, I don't actually know what it's going to be, but I'm still striving to get to some place with it.

When I make a movie, I don't break it down and analyze it. I could but it would get in the way of doing a job -- on instinct based on all the research we did going in. you want to trust yourself and your director and your acting partners in the circumstances you're shooting. I don't like to have any kind of overview.

When I make a mistake once, it's usually not going to happen again.

When I make a live-action movie, it's a very physical process. It's like running a marathon.

When I make a film, the mixing process is very long, and you hear and watch the material in every form, so that totally shreds your ability to perceive it. So after the mixing, there's no way I can have the emotions or the reactions to my films in the same way.

When I make a film, I'm not doing it purely for political reasons. If I just wanted to do that, I'd run for office.