A man's value to the community primarily depends on how far his feelings, thoughts, and actions are directed towards promoting the good of his fellows.
--Albert Einstein

Design 6 People Near Body Of Water

Design 13 Albert Einstein Quote: A Man's Value To The Community Primarily Depends On How Far His Feelings, Thoughts, And Actions Are Directed Towards Promoting The Good Of His Fellows.- Black Text On Quotes Background

Design 14 Albert Einstein Quote: A Man's Value To The Community Primarily Depends On How Far His Feelings, Thoughts, And Actions Are Directed Towards Promoting The Good Of His Fellows.- White Text On Starry Pic Background

Design 15 Albert Einstein Quote: A Man's Value To The Community Primarily Depends On How Far His Feelings, Thoughts, And Actions Are Directed Towards Promoting The Good Of His Fellows.Printed In White Text On Seashore Background

No, no, no. Dick Cheney forbade me to waste time on his image. I would have liked to have done more.

No, no, no. Your accent is so beautiful.

No, no, no; the theatre is not a house of evil repute, nor are its followers evil doers: the theatre is a temple where the beautiful is always worshipped; it makes a continuous appeal to the higher senses and natural passions. In this temple vice is punished, and virtue rewarded; the great social problems are presented. In this temple instruction is less abstract, and, therefore, more profitable for the crowd. The apostles of this temple are full of faith and courage; they have the souls of missionaries marching always toward the ideal. 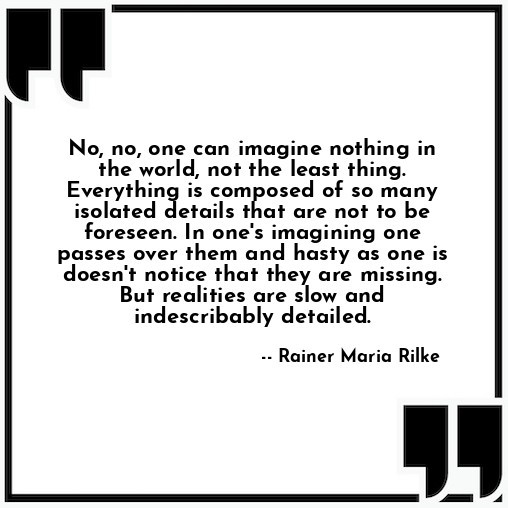 No, no, one can imagine nothing in the world, not the least thing. Everything is composed of so many isolated details that are not to be foreseen. In one's imagining one passes over them and hasty as one is doesn't notice that they are missing. But realities are slow and indescribably detailed.

No, no, the songs write themselves, almost.

No, no, there must be a limit to the baseness even of publishers.

No, no, you have none of you any idea. This is all nonsense, fantasy, it is not like this. Nothing so blood-curdling and becreepered and crude -- not so ... so laughable. The truth is quite other, and altogether more terrible.

No, no, you're not thinking; you're just being logical.

No, no. Don't make that face. Every time I propose to you, you make that twisty, unhappy face. It wears on a man's confidence.

No, no. I draw the line there. Anything that's going to show an outline of my manhood is not on. 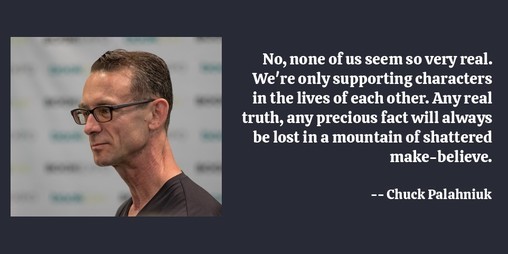 No, none of us seem so very real. We're only supporting characters in the lives of each other. Any real truth, any precious fact will always be lost in a mountain of shattered make-believe. 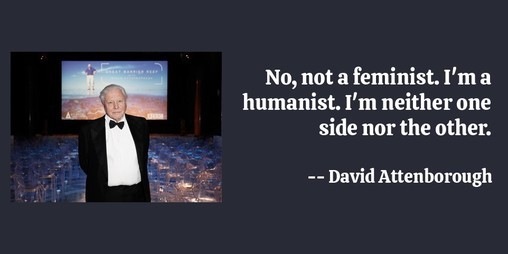 No, not a feminist. I'm a humanist. I'm neither one side nor the other.

No, not at all. I'm an atheist. You could say that I'm agnostic, but that's just a certain kind of atheist (laughs). An atheist is someone who lacks a belief in a supernatural, and that's me. I can't say with absolute certainty that there is nothing beyond the material world, but there's no reason for me to think there is. If I were a gambling man I would put all my money on there not being anything other than this universe.

No, not really. I mean, at the end of the day, it's just a part. You just go into it, and like your life, you're walking along the street, as a really bad analogy, you step on a little stone, and it just kind of flies away and you have no idea where it's going. And then you are just trying not to drown afterwards. And that's my life. See, that was really terrible.

No, nothing can change my world -- Ichigo Kurosaki, Black Moon Rising.

No, nothing has changed in my life at all, and nothing would change if I had millions.

No, nothing is sacred. And even if there were to be something called sacred, we mere primates wouldn't be able to decide which book or which idol or which city was the truly holy one. Thus, the only thing that should be upheld at all costs and without qualification is the right of free expression, because if that goes, then so do all other claims of right as well.