When the Special Theory of Relativity began to germinate in me, I was visited by all sorts of nervous conflicts... I used to go away for weeks in a state of confusion.
--Albert Einstein

Design 13 Albert Einstein Quote: When The Special Theory Of Relativity Began To Germinate In Me, I Was Visited By All Sorts Of Nervous Conflicts... I Used To Go Away For Weeks In A State Of Confusion.- Black Text On Quotes Background

Design 14 Albert Einstein Quote: When The Special Theory Of Relativity Began To Germinate In Me, I Was Visited By All Sorts Of Nervous Conflicts... I Used To Go Away For Weeks In A State Of Confusion.- White Text On Starry Pic Background

Design 15 Albert Einstein Quote: When The Special Theory Of Relativity Began To Germinate In Me, I Was Visited By All Sorts Of Nervous Conflicts... I Used To Go Away For Weeks In A State Of Confusion.Printed In White Text On Seashore Background

Nutrition is 150 per cent of the bodybuilding formula. It's that important.

Nutrition is a huge piece of the puzzle. It's not just about working hard and being physical. It's about being smart and mindful of what's going in and out of our bodies.

Nutrition is also a valuable component that can help athletes both protect themselves and improve performance.

Nutrition is an exciting, dynamic field -- there are more than 10,000 articles published on human nutrition in medical journals every year.

Nutrition is just so important to me, mostly especially for children. 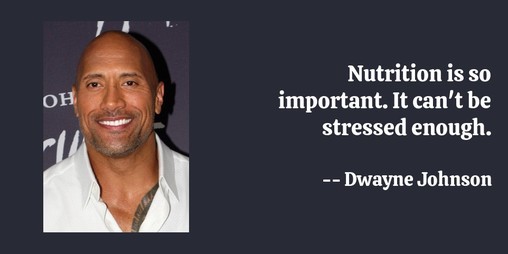 Nutrition is so important. It can't be stressed enough.

Nutrition isn't the only problem; our children also aren't getting enough exercise.

Nutrition matters for everybody, but you can't major in it at Harvard. Most top scientists go into other fields. Most of the big studies were done 30 or 40 years ago, and most are seriously flawed. The food pyramid that told us to eat low fat and enormous amounts of grains was probably more a product of lobbying by Big Food than real science; its chief impact has been to aggravate our obesity epidemic. There's plenty more to learn: we know more about the physics of faraway stars than we know about human nutrition. It won't be easy, but it's not obviously impossible: exactly the kind of field that could yield secrets.

Nutrition science, however, suggests that golden rice alone will not greatly diminish vitamin A defi-ciency and associated blindness. ¦ People whose diets lack fats and proteins or who have intestinal diarrheal diseases -- common in develop-ing countries -- cannot obtain vitamin A from golden rice. 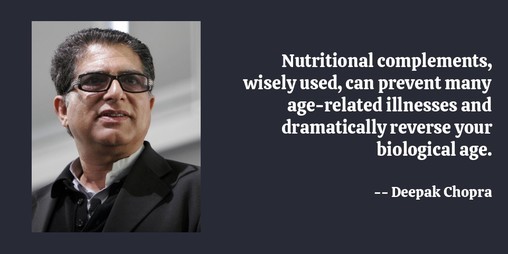 Nutritional excellence is the only real fountain of youth.

Nutritious meals, including lunch in school, and daily physical exercise, are essential for children and adolescents.

Nuts don't come in bunches. Only grapes do.

Nuts have gotten a bad rap because of their high fat content. But their protein, heart-healthy fats, high fibre, and antioxidant content earn them a place in your daily diet. I often say 'less is more,' and portion control is key to healthfully enjoying nuts.

Nutty fans are fine with me, as I have no known nut allergy. In general, though, it's best to carry an EpiPen to deal with outbreaks of fan nuttiness.

Nvidia's CEO, Jen-Hsun Huang, is an engineer and a chip designer. He cofounded Nvidia and still runs it like a startup.

Nvidia's self-driving-car business grew out of a long-standing relationship with auto companies. Car guys used Nvidia chips for computer-aided design, then used Nvidia supercomputer chips to do crash simulations. When the car guys started thinking about autonomous vehicles, Nvidia leaped at the chance to help them solve the problem.

Nyarlathotep. the crawling chaos. I am the last. I will tell the audient void.