My comprehension of God comes from a deeply felt conviction of a superior intelligence that reveals itself in the knowable world.
--Albert Einstein

Design 7 Body Of Water During Daytime

Design 13 Albert Einstein Quote: My Comprehension Of God Comes From A Deeply Felt Conviction Of A Superior Intelligence That Reveals Itself In The Knowable World.- Black Text On Quotes Background

Design 14 Albert Einstein Quote: My Comprehension Of God Comes From A Deeply Felt Conviction Of A Superior Intelligence That Reveals Itself In The Knowable World.- White Text On Starry Pic Background

Design 15 Albert Einstein Quote: My Comprehension Of God Comes From A Deeply Felt Conviction Of A Superior Intelligence That Reveals Itself In The Knowable World.Printed In White Text On Seashore Background

On the Hugh Grant romance rumours: We're not dating and I'm not pregnant. We have not kissed or touched. We have not fought and broken up.

On the IRS website, they claim to be one of the world's most efficient tax administrators. The IRS officials might know how to collect taxes, but surely know how to misspend the funds. 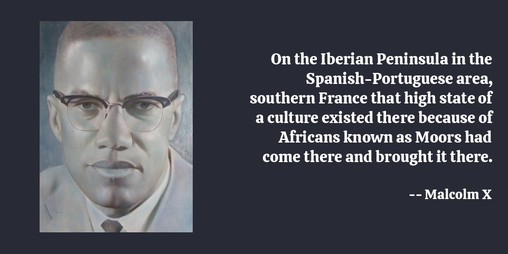 On the Iberian Peninsula in the Spanish-Portuguese area, southern France that high state of a culture existed there because of Africans known as Moors had come there and brought it there.

On the Internet you get continuous innovation, so every year the streams are a little better.

On the Internet, everybody has an opinion about everything, but if you're smart, you know when to keep your mouth shut.

On the Internet, everyone is writing. There is a great flowering of writing.

On the Internet, information from Indiana and India is equally cheap and easy to access.

On the Internet, inside information is currency, and there will always be counterfeiters among us.

On the Internet, it is assumed people are in business to sell out, not to build something they can pass along to their grandkids.

On the Internet, news is consumed a la carte. If someone shows up on the main page of a website and doesn't see anything of interest, they leave. This negatively impacts ad revenues. The solution on the Internet is to pack news websites full of things that will draw people in, regardless of whether they are news or not.

On the Internet, people on the tails of the bell curve can find one another.

On the Internet, speed matters. According to research by Microsoft, Google, and others, if a website is even 250 milliseconds slower than a rival, people will visit it less often.

On the Internet, there are an unlimited number of competitors. Anybody with a Flip camera is your competition. What makes it even worse is that YouTube is willing to subsidize the cost of your bandwidth. So anybody can create and distribute for free basically, but the real cost is marketing. And that's always the big cost -- how do you stand out and what's the cost of standing out? And there's no limit to that cost.

On the Italian side, we can trace the family back 2,000 years. I have a cousin in Rome, a famous archaeologist, Count Andrea Carandini, who was in Lombardy and came across some pottery with the original name of the family, Carandinus, painted on it.

On the Junior Boys' 'When No-one Cares' beats are abandoned altogether, the track's 'endless night' lit only by the dying-star flares and stalactite-by-flashlight pulse of reverbed electronics.

On the Left, on the Right, in the Middle; Authors, statesmen, thieves; so-called humanists and self-declared fascists; the adventurous and the contemplative, in every realm of male expression and action, violence is experienced and articulated as love and freedom.

On the McGuire course, there's a technique called 'cancellation' where negative experiences are replaced with positive ones.

On the McLaughlin Report, August 26, 1990: 'There are only two groups that are beating the drums for war in the middle East, the Israeli Defense Ministry and its amen corner in the United States.

On the Morning of Christ's Nativity Perhaps their loves, or else their sheep, was all that did their silly thoughts so busy keep.