The right to search for truth implies also a duty.
--Albert Einstein

Design 15 Albert Einstein Quote: The Right To Search For Truth Implies Also A Duty.Printed In White Text On Seashore Background

Raphael and Titian seem to have looked at Nature for different purposes; they both had the power of extending their view to the whole; but one looked only for the general effect as produced by form, the other as produced by colour.

Raphael Saadiq said to me, quite often, that Chuck D was his history teacher. And so he got a lot from the music, things that he wasn't getting maybe in school. And I feel the same way with regards to Earth, Wind and Fire, Stevie Wonder.

Rape, mutilation, abuse, and theft are the natural outcome of a world in which force rules, in which human beings are objects.

Rape is the only crime in which the victim becomes the accused.

Rape is the most humiliating thing that can be done to you; it's the most vulnerable that you can be. But once I realized that, I became a stronger person and faced all my fears.

Rape is a more heinous crime than murder since the rape victim dies throughout the period she lives.

Rape is a crime against sleep and memory; it's afterimage imprints itself like an irreversible negative from the camera obscura of dreams.

Rap, to me, is communal. It's something you do with your friends. So becoming a member of a group was the dream.

Rap, rap! upon the well-worn stone, How falls the polished hammer! Rap, rap! the measured sound has grown A quick and merry clamor. Now shape the sole! now deftly curl The glassy vamp around it, And bless the while the bright-eyed girl Whose gentle fingers bound it!

Rap's the occupation, but one day watch I'll be Pimp of the Nation. 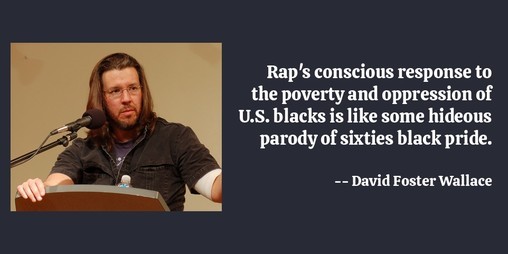 Rap's conscious response to the poverty and oppression of U.S. blacks is like some hideous parody of sixties black pride.

Rap was started by black people and, thus, is at the foundation of black culture. So people cannot always wrap their minds around someone like me being inspired by it. But if you listen to the things we're saying, they're authentically us.

Rap was slowly becoming one of my hustles, but it wasn't my main hustle. But I come from a family of hustlers, so once I figured the hustle out and mastered it, I took it to my brothers like... we can flip this just like we flip anything else... and they were with it but also sort of slow to come all the way on board.

Rap was more of a release for me, a journal. 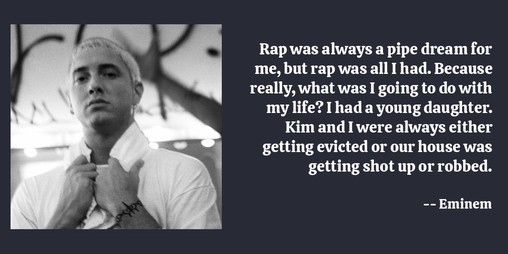 Rap was always a pipe dream for me, but rap was all I had. Because really, what was I going to do with my life? I had a young daughter. Kim and I were always either getting evicted or our house was getting shot up or robbed.

Rap to me is a modern blues. But until we really confront the truth, we are going to have a Tupac or Eminem or Biggie Smalls to remind us about it -- and thank God.

Rap records don't make you feel good no more. Six months after release, it can't come back as a classic.

Rap music... sounds like somebody feeding a rhyming dictionary to a popcorn popper.