My feeling is religious insofar as I am imbued with the consciousness of the insufficiency of the human mind to understand more deeply the harmony of the Universe which we try to formulate as laws of nature.
--Albert Einstein

Design 9 Full Moon In The Sky

Design 12 Photo Of White And Brown Bricked Wall During Daytime

Design 13 Albert Einstein Quote: My Feeling Is Religious Insofar As I Am Imbued With The Consciousness Of The Insufficiency Of The Human Mind To Understand More Deeply The Harmony Of The Universe Which We Try To Formulate As Laws Of Nature.- Black Text On Quotes Background

Design 14 Albert Einstein Quote: My Feeling Is Religious Insofar As I Am Imbued With The Consciousness Of The Insufficiency Of The Human Mind To Understand More Deeply The Harmony Of The Universe Which We Try To Formulate As Laws Of Nature.- White Text On Starry Pic Background

Design 15 Albert Einstein Quote: My Feeling Is Religious Insofar As I Am Imbued With The Consciousness Of The Insufficiency Of The Human Mind To Understand More Deeply The Harmony Of The Universe Which We Try To Formulate As Laws Of Nature.Printed In White Text On Seashore Background

When I was teaching in the 1960s in Boston, there was a great deal of hope in the air. Martin Luther King Jr. was alive, Malcolm X was alive; great, great leaders were emerging from the southern freedom movement.

When I was teaching at the University of Tehran we were struggling against the implementation of the revolution rules.

When I was teaching at an institution that bent over backward for foreign students, I was asked in class one day: What is your policy toward foreign students? My reply was: To me, all students are the same. I treat them all the same and hold them all to the same standards. The next semester there was an organized boycott of my classes by foreign students. When people get used to preferential treatment, equal treatment seems like discrimination.

When I was teaching at Harvard in the 1970s, I went to Project Incorporated in Cambridge and took photography classes. I didn't even know how to aim the camera in those days.

When I was teaching at Cambridge, I sold handbags on the market.

When I was teaching Latin in girls' schools before I became a writer, I didn't much like it if parents would come in and say, 'We'll have less of the Ovid and Virgil and more of the grammar, please.' After all, I was the one in charge. That's how I feel about doctors. You should trust them to do their job properly.

When I was teaching English and trying to get kids passionate about reading, the most effective weapon I had was 'The Martian Chronicles.'

When I was taught Shakespeare in school, it was such an alien, sanitized puzzle, it made no sense.

When I was talking to strangers over the Internet in the 1990s, there would be a much more intense connection because they're disembodied, so it's just your brain and your soul interacting with this other person, and it just frees you up in this incredibly empowering way. 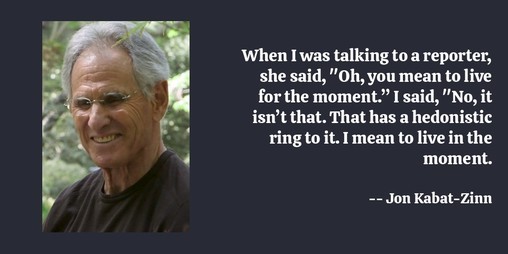 When I was talking to a reporter, she said, "Oh, you mean to live for the moment.” I said, "No, it isn’t that. That has a hedonistic ring to it. I mean to live in the moment.

When I was taking my canoeing lessons I was given this oar to practice with, and I decided to have everyone sign it. All the cast and crew signed it and now I'm going to frame it.

When I was taking arithmetic in the first grade I said to myself, I'm going to be a singer. I don't have to worry about numbers. I didn't think I was going to be famous or a star.

When I was sworn into office, I took an oath to protect and defend the Constitution of the United States and I take that responsibility very seriously.

When I was sworn in, we had Republican-sponsored climate-change bills all over the place. You had John McCain running for President in 2008 on a strong climate platform. You could see American democracy actually starting to work at solving a difficult problem.

When I was sworn in as a judge of the court of appeals, I took an oath. I put my hand on the Bible and I swore that I would administer justice without respect to persons, that I would do equal right to the poor and to the rich, and that I would carry out my duties under the Constitution and the laws of the United States.

When I was superintendent of Denver Public Schools, I saw the potential of some of our best and brightest students cut short, punished for the actions of others -- kids who had grown up and done well in our school system, and kids who know no other home but America. This is unacceptable.

When I was super young, we were hiking to the top of the 14,000-foot peaks in Colorado. You know, when I was in my early teens, we went to Bolivia and climbed to the tops of the highest mountains in the Alps. You know, those experiences were so exciting that when I came back to school, I was actually quite bored.

When I was super young, I had an Atari and used to play Space Invaders. Then I fell in love with Mario Bros., Sonic the Hedgehog and Yoshi on Super Nintendo. I was quite a bit of a gamer as a kid when I think about it.