There is no greater satisfaction for a just and well-meaning person than the knowledge that he has devoted his best energies to the service of the good cause.
--Albert Einstein

Design 9 Woman On Seashore Near Island Under Blue Sky

Design 13 Albert Einstein Quote: There Is No Greater Satisfaction For A Just And Well-Meaning Person Than The Knowledge That He Has Devoted His Best Energies To The Service Of The Good Cause.- Black Text On Quotes Background

Design 14 Albert Einstein Quote: There Is No Greater Satisfaction For A Just And Well-Meaning Person Than The Knowledge That He Has Devoted His Best Energies To The Service Of The Good Cause.- White Text On Starry Pic Background

Design 15 Albert Einstein Quote: There Is No Greater Satisfaction For A Just And Well-Meaning Person Than The Knowledge That He Has Devoted His Best Energies To The Service Of The Good Cause.Printed In White Text On Seashore Background

Many would never speak with a full mouth, but do it with an empty head.

Many would be wise if they did not think themselves wise.

Many workers in the petrochemical plants were conservative Republicans and avid hunters and fishers and felt caught in a terrible bind. They loved their magnificent wilderness. They remembered it as children. They knew it and respect it as sportsmen. But their jobs were in industries that polluted -- often legally -- this same wilderness.

Many words will be written on the wind and the sand, or end up in some obscure digital vault. But the storytelling will go on until the last human being stops listening. Then we can send the great chronicle of humanity out into the endless universe.

Many words are not wanting to show that the particular view of each court occasioned the dangers which affected the public tranquillity; yet the whole is charged to my account. Nor is this sufficient.

Many words are in a state of mutation, the pronunciation being unsettled even in the best society, a result that must often arise where language is as variable and undetermined as the English.

Many women, sometime in their life, are going to get to a point where they have to admit infidelity.

Many women, particularly young women, have claimed the right to use the most explicit sex terms, including extremely vulgar ones, in public as well as private. But it is men, far more than women, who have been liberated by this change. For now that women use these terms, men no longer need to watch their own language in the presence of women. But is this a gain for women?

Many women, I think, resist feminism because it is an agony to be fully conscious of the brutal misogyny which permeates culture, society, and all personal relationships.

Many women who have anorexia put their hearts in a compromised situation.

Many women to whom I have preached the doctrine of freedom have weakly replied, 'But who is to support the children?' It seems to me that if the marriage ceremony is needed as a protection to insure the enforced support of children, then you are marrying a man who, you suspect, would under certain conditions, refuse to support his children, and it is a pretty low-down proposition. For you are marrying a man whom you already suspect of being a villain. But I have not so poor an opinion of men that I believe the greater percentage of them to be such low specimens of humanity. 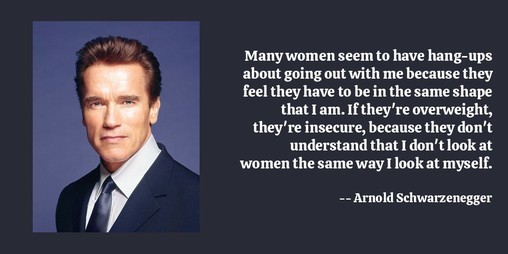 Many women seem to have hang-ups about going out with me because they feel they have to be in the same shape that I am. If they're overweight, they're insecure, because they don't understand that I don't look at women the same way I look at myself.

Many women my age have known the experience of giving up crucial parts of themselves to please the man they love.

Many women long for what eludes them, and like not what is offered them.

Many women like to wear nude eye shadow during the day, but it doesn't really do much for you. Instead, try one that's a few shades lighter than your skin tone.

Many women hear the word feminine and feel like it's a noose around their neck. Don't hold me to a mode of behavior because I'm a woman and you think this is how a woman should act, kind of thing.

Many women have told me they remember where they were when they read the book, and how they felt suddenly that what they really thought or felt about things made sense.

Many women have more power than they recognize, and they're very hesitant to use it, for they fear they won't be loved.