Science not only purifies the religious impulse of the dross of its anthropomorphism but also contributes to a religious spiritualization of our understanding of life.
--Albert Einstein

Design 4 Group Of Camels Walking On Desert Lake At Daytime

Design 12 Silhouette Of Flower During Sunset

Design 13 Albert Einstein Quote: Science Not Only Purifies The Religious Impulse Of The Dross Of Its Anthropomorphism But Also Contributes To A Religious Spiritualization Of Our Understanding Of Life.- Black Text On Quotes Background

Design 14 Albert Einstein Quote: Science Not Only Purifies The Religious Impulse Of The Dross Of Its Anthropomorphism But Also Contributes To A Religious Spiritualization Of Our Understanding Of Life.- White Text On Starry Pic Background

Design 15 Albert Einstein Quote: Science Not Only Purifies The Religious Impulse Of The Dross Of Its Anthropomorphism But Also Contributes To A Religious Spiritualization Of Our Understanding Of Life.Printed In White Text On Seashore Background

There is sort of a small town mentality on the east coast of Canada.

There is sort of a hobbit-like element to a lot of British people. They don't want to be told something until they have worked it out for themselves.

There is sorrow, but I hope one can see that it is sorrow for the people who died so young and so crazy, for nothing. I have respect for them, but also for their wishes, or for the power of their wishes. Because they tried to change the stupid things in the world.

There is sorrow in the world, but goodness too; and goodness that is not greenness, either, no more than sorrow is. 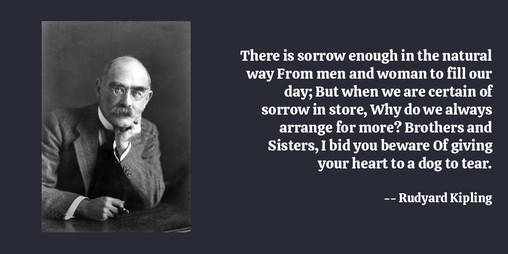 There is sorrow enough in the natural way From men and woman to fill our day; But when we are certain of sorrow in store, Why do we always arrange for more? Brothers and Sisters, I bid you beware Of giving your heart to a dog to tear.

There is sometimes an almost vindictive streak in politics whereby governments follow policies which they know will harm the electorate, but nonetheless, they keep them, sometimes for years. The Corn Laws are a classic example.

There is sometimes a tendency to assume that everyone in this great country has adequate housing. But when you go to certain places, certain neighborhoods, both urban and rural, you find out that's not the case, and I think we have to do much more.

There is sometimes a peculiar confusion in the West that equates progress to whatever is recent or whatever is new, and it is time we understood that progress has nothing to do with the chronology of an idea.

There is sometimes a feeling in crime fiction that good writing gets in the way of story. I have never felt that way. All you have is language. Why write beneath yourself? It's an act of respect for the reader as much as yourself.

There is something, yeah, I mean traditionally it's more fun to play bad guys than it is good guys and when you're playing a bad guy, yeah, the fun in it is to see how scary you can be, how horrible you can be. And it's surprising what you come up with.

There is something, however humble, which can properly be called skill among those who recognise themselves as economists.

There is something you must always remember. You are braver than you believe, stronger than you seem, and smarter than you think.

There is something wrong with this world. She stood like she was making a speech. Something very wrong when it's the twenty-first century and this type of elitist travesty is still being perpetuated.

There is something wrong with our system when I can leave here and make billions of dollars in 10 years while millions of students can't even afford to pay off their loans, let alone start a business. We all know you don't get successful just by having a good idea or working hard. You get successful by being lucky too. If I had to support my family growing up, instead of having the time to learn how to code. If I didn't know that I was gonna be fine if Facebook didn't work out, then I wouldn't be standing up here today. And if we're honest, we all know how much luck we've had.

There is something wrong with our culture when the view that marriage is between one man and one woman, a view shared by half the nation, is portrayed as evidence of hatred.

There is something wrong with any spirituality that does not inspire selfless concern for others.

There is something wrong with a government that makes women the legal property of their husbands. The whole system needs changing, but men will never make the changes. They have too much to lose.

There is something wrong when you wait in line thirty minutes to get a hamburger that was cooked for ninety seconds an hour ago.