Creating a new theory is not like destroying an old barn and erecting a skyscraper in its place. It is rather like climbing a mountain and gaining new and wider views.
--Albert Einstein

Creating a new theory is not like destroying an old barn and erecting a skyscraper in its place. It is rather like climbing a mountain, gaining new and wider views, discovering unexpected connections between our starting points and its rich environment. But the point from which we started out still exists and can be seen, although it appears smaller and forms a tiny part of our broad view gained by the mastery of the obstacles on our adventurous way up. -- Albert Einstein

Design 3 White Boat On Sea Under White Sky During Daytime

Design 9 Shillouette Photo Of Person Standing At The Peak

Design 13 Albert Einstein Quote: Creating A New Theory Is Not Like Destroying An Old Barn And Erecting A Skyscraper In Its Place. It Is Rather Like Climbing A Mountain And Gaining New And Wider Views.- Black Text On Quotes Background

Design 14 Albert Einstein Quote: Creating A New Theory Is Not Like Destroying An Old Barn And Erecting A Skyscraper In Its Place. It Is Rather Like Climbing A Mountain And Gaining New And Wider Views.- White Text On Starry Pic Background

Design 15 Albert Einstein Quote: Creating A New Theory Is Not Like Destroying An Old Barn And Erecting A Skyscraper In Its Place. It Is Rather Like Climbing A Mountain And Gaining New And Wider Views.Printed In White Text On Seashore Background

It's more fun when you shoot well and when you have a good score, but that's not a prerequisite to me for having a good time.

It's more fun to write villains. They are more of a challenge, and I get a sick kind of pleasure out of delving into their minds. There's rarely emptiness, and there is almost always deep intelligence.

It's more fun to write stuff when you know someone's going to nail it.

It's more fun to watch without joining in.

It's more fun to play a good character with a good director and good actors around you. That's what makes it fun, and the more variety, the better.

It's more fun to look at an old picture of me than it is to look at a new one sometimes. Although, I still wear a dress pretty well.

It's more fun to experience things when you don't know what's going to happen. 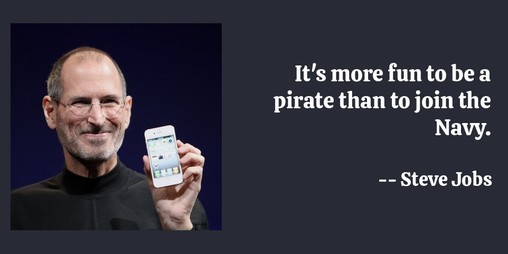 It's more fun to be a pirate than to join the Navy.

It's more fun to arrive a conclusion than to justify it.

It's more fun playing someone who isn't just a bad guy.

It's more fun if you can control things like lighting and make special effects in the darkroom.

It's more fun having him as everyman in the 25th Century. It is better to concentrate on what this planet will be like 500 years from now, and not be dealing with little aliens in space and all that related stuff.

It's more frustrating. My expectation probably wasn't that I'd play during the playoffs, but I was just trying to make sure that if there was any chance that it was possible to come back that I was ready and that I'd done everything I could to be ready. It's frustrating, disappointing. But can't really control any of that.

It's more frugal to wear ties that are given to you.

It's more enjoyable when I'm disguised in some way; stepping into someone else's shoes is part of the reason why I became an actor.

It's more enjoyable to shoot in a studio on a single location with two actors... if they are good.

It's more enjoyable for me to know that life is finite. Knowing that, I would like to go to a party. When you get to the holidays, if you think that the holidays will be forever, you just take it for granted. But, if you know that you have just three days at the beach, you will be so happy to be there every day.