Smoke like a chimney, work like a horse, eat without thinking, go for a walk only in really pleasant company.
--Albert Einstein

Design 13 Albert Einstein Quote: Smoke Like A Chimney, Work Like A Horse, Eat Without Thinking, Go For A Walk Only In Really Pleasant Company.- Black Text On Quotes Background

Design 14 Albert Einstein Quote: Smoke Like A Chimney, Work Like A Horse, Eat Without Thinking, Go For A Walk Only In Really Pleasant Company.- White Text On Starry Pic Background

Design 15 Albert Einstein Quote: Smoke Like A Chimney, Work Like A Horse, Eat Without Thinking, Go For A Walk Only In Really Pleasant Company.Printed In White Text On Seashore Background

It's hard to throw away history. It was like you were throwing away a part of yourself.

It's hard to think too hard about anything Donald Trump says because, you know, he will change his mind in the next hour, if not the next day, or whatever.

It's hard to think that you're a political consultant -- not many people are going to get a crack at a thing like this.

It's hard to think that say Shakespeare could have written The Tempest when he was young. It seems to be reflective work or retrospective work.

It's hard to think that Mark Zuckerberg is actually impoverishing anyone by getting rich with Facebook. But driverless cars are another matter entirely.

It's hard to think of yourself as a loser at 2 years old.

It's hard to think of yourself as a brand, especially when I have four daughters who kick my butt early in the morning every day before I go to work. 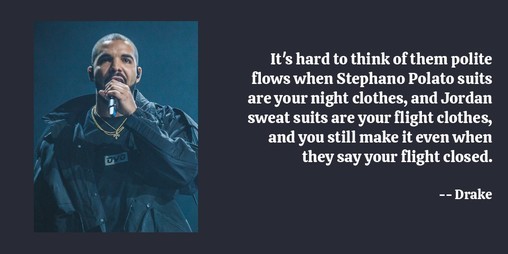 It's hard to think of myself as an American, and yet I am not from India, a place where I was not born and where I have never lived.

It's hard to think of anything that is more socially beneficial than raising children well. It needs to be valued and respected, I believe by everyone in public life regardless of your political party.

It's hard to think of any tool, any instrument, any object in history with which so many developed so close a relationship so quickly as we have with our phones.

It's hard to think of another body of work that is more universally beloved -- I don't think I've ever met someone who has encountered 'Calvin and Hobbes' without falling for them.

It's hard to think of a time when I'm not working, but when that is the case, I like to travel and eat good food.

It's hard to think of a single human function that technology hasn't somehow altered, apart perhaps from burping. That's pretty much all we have left.

It's hard to think of a 16-month child being anything other than a delight to be around.

It's hard to think of John McCain without thinking about what a ball of energy he is. I remember when I was working in the Senate, he just, enters every room and went down every hallway at the highest speed possible and just was always that way. I think people saw that when he was running for president, that that's the way he handled everything. It's just this constant never let up attitude.

It's hard to think it's important to try out as cheerleader when you're starring on Broadway. But you do kind of miss the things that I now see my children doing. I'm just happy they are not actors. The Valentine's Day dance is really important. Pitching in Little League is very important. And the medals and the scouts are really important.

It's hard to think back. I didn't even know I was going to do it, make actual records. But I was always making up songs, once I figured out that you could do it. I think it's pretty much the same, but there's less urge to get it moving out there. There was a time when it seemed like it was really super important to the audience and now it's just medium-important for people to like us. But that's okay.

It's hard to tell writers, especially in movies, that words are secondary. Behavior is important.