What is significant in one's own existence one is hardly aware, and it certainly should not bother the other fellow. What does a fish know about the water in which he swims all his life?
--Albert Einstein

Design 1 Body Of Water Under Blue Sky During Sunset

Design 13 Albert Einstein Quote: What Is Significant In One's Own Existence One Is Hardly Aware, And It Certainly Should Not Bother The Other Fellow. What Does A Fish Know About The Water In Which He Swims All His Life?- Black Text On Quotes Background

Design 14 Albert Einstein Quote: What Is Significant In One's Own Existence One Is Hardly Aware, And It Certainly Should Not Bother The Other Fellow. What Does A Fish Know About The Water In Which He Swims All His Life?- White Text On Starry Pic Background

Design 15 Albert Einstein Quote: What Is Significant In One's Own Existence One Is Hardly Aware, And It Certainly Should Not Bother The Other Fellow. What Does A Fish Know About The Water In Which He Swims All His Life?Printed In White Text On Seashore Background

We see less of Dave, certainly, and he's kind of fallen out of the sphere of our group, mostly because he's working on his show, and has kind of lost the fun of the party.

We see kids out there on their parent's shoulders rocking out. And that's really special.

We see it the as-yet unseen, probable new planet, Neptune as Columbus saw America from the coast of Spain. Its movements have been felt, trembling along the far-reaching line of our analysis with a certainty hardly inferior to that of ocular demonstration.

We see it in the body, that if you just give the body enough rest and comfort, it has remarkable self-healing capacities. Well, so does the spirit.

We see it in attempts on Capitol Hill to impose gag rules on rules on doctors on what they can say to their patients about family planning. And we certainly see it now with an effort by the government to tap our phones; invade our medical records, credit information, library records and the most sensitive personal information in the name of national security.

We see in these swift and skillful travelers a symbol of our life, which seeks to be a pilgrimage and a passage on this earth for the way of heaven. 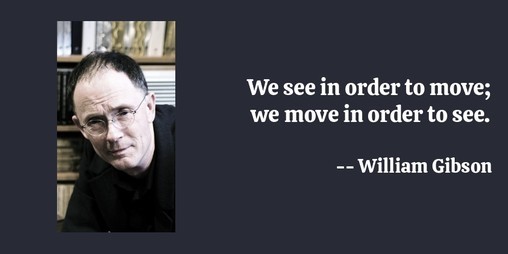 We see in meditation that our experiences are endless, that we are endless, eternal spirit, not as a thought or an idea you read in a book. You have the experience yourself, every day. 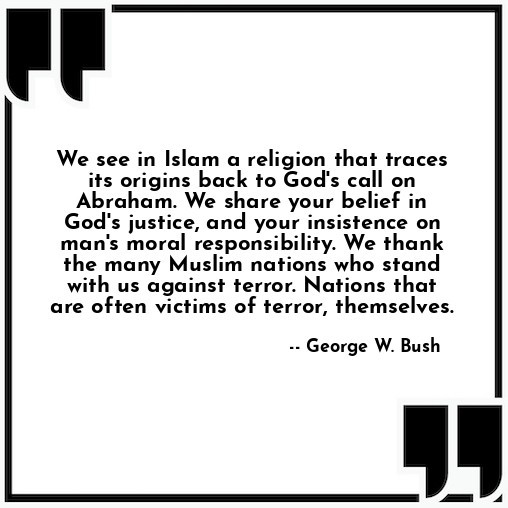 We see in Islam a religion that traces its origins back to God's call on Abraham. We share your belief in God's justice, and your insistence on man's moral responsibility. We thank the many Muslim nations who stand with us against terror. Nations that are often victims of terror, themselves.

We see images of people being beheaded on TV. That's not a thing that you see all the time. That's a different kind of scary. Unfortunately, some of the scary stuff is political, and that's a change from our past.

We see how beautiful and wonderful and amazing things are, and we see how caught up we are. It isn't that one is the bad part and one is the good part, but that it's a kind of interesting, smelly, rich, fertile mess of stuff. When it's all mixed up together, it's us: humanness.

We see his smile of love even when others see nothing but the black hand of death smiting our best beloved.

We see healthcare shifting from a procedure reimbursement, where in this country doctors are reimbursed for how many procedures they conduct, to a world where people will be reimbursed for the outcomes -- did the patient actually get better, and what was the total cost of the cycle of care.

We see great growth in the United States. But also in China, Brazil, the U.K., and other markets around the world. So ecommerce is going to continue to be a great story for Walmart.

We see government's mission as fostering and enabling the important realms -- our businesses, service clubs, Little Leagues, churches -- to flourish.

We see films all the time, whether they have access to all kinds of intellectual property or artifacts, and the one thing that they don't get is story. So I think whether you're talking about a biopic or an action film or a science-fiction film that has all the CGI in the world, if you're not trying to connect with an audience, it doesn't really matter.

We see evidence that lakes and forests and wetlands can have different equilibria -- so you have a savanna system that may be stable and thriving, but it can also tip over and become an arid steppe if pushed too far by warming, land degradation, and biodiversity loss.

We see everything. We see what celebrities buy at the supermarket. It's ridiculous. It's that visibility. I'm confused by this whole celebrity-obsessed culture.

We see everything from the narrator's point of view, so exposition about the world is limited to what impinges directly on him and the story he's telling. Considering how old the world is, we learn very little about its history, which I think is a good thing.