Mere unbelief in a personal God is no philosophy at all.
--Albert Einstein

Design 13 Albert Einstein Quote: Mere Unbelief In A Personal God Is No Philosophy At All.- Black Text On Quotes Background

Design 14 Albert Einstein Quote: Mere Unbelief In A Personal God Is No Philosophy At All.- White Text On Starry Pic Background

Design 15 Albert Einstein Quote: Mere Unbelief In A Personal God Is No Philosophy At All.Printed In White Text On Seashore Background

A Mocking Bird regularly resorts to the south angle of a chimney top and salutes us with sweetest notes from the rising of the moon until about midnight.

A Modern Mom to me is not always someone that juggles a career and family. A Modern Mom is a woman who takes care of herself on the inside and the outside.

Of BEING from the Well amid the Waste-

And, Lo! the phantom Caravan has reach'd

The NOTHING it set out from. Oh, make haste!

A Mormon is a man that has the bad taste and the religion to do what a good many other people are restrained from doing by conscientious scruples and the police.

A Mormon knows that the promises of God are true, and He said that all will be tried; realizing these things the Latter-day Saints will acknowledge their Maker not only in blessings but also in tribulations.

A Mother who radiates self-love and self-acceptance actually VACCINATES her daughter against low self-esteem.

A Movie That Costs Only $1.6 Million Doesn't Have to Be a Cultural Event to Turn a Profit.

A Museum of fetishes would give special attention to the history of underwear.

A Muslim allowed a topless Jew to sit on his camel. And we say we can't live side by side? I say we try and we can and we will. And you don't even have to be topless. L'chaim.

A Muslim fanatic and a Christian fanatic, a Jewish fanatic, a secular fanatic, an atheist fanatic, a communist fanatic -- all of them are the same. The thinking that, 'If you don't think like me, that if you are not with me, then you are against me;' this is something to condemn.

A Muslim should be sincerely religious and politically aware.

A Muslim student came by the office and asked why I did not have anything on my wall about the Koran. My response was clear, 'As long as I have the honor of representing the citizens of the 5th District of Virginia in the United States House of Representatives, the Koran is not going to be on the wall of my office.'

A Muslim woman was found in adultery or fornication and we know that there could be no pregnancy without the agency of a man, unless we are dealing with the virgin birth. Yet no man is charged with this crime. Where is the man in this case of adultery or fornication? Why isn't he being stoned? There is science today that can prove whether the man she claims is the father of her unborn child is actually so. So, if the law was fair, then, it would be carried out on both.

A Muzak version of 'Imagine' comes on and John Lennon wakes up in his tomb, appalled.

A Myrddraal has less cunning than a woman, and a Trolloc fights with more honor. And a goat has more sense.

A NASA astronaut and a Russian cosmonaut can't be creative. He has to follow a predetermined detailed checklist written by an engineer and if he gets a little creative he'll never fly again.

A NASA-funded study estimates that if the price of a ticket to space approached $100,000, close to a million people would buy one. That's a $100 billion industry. Microsoft cofounder Paul Allen gave me $20 million in startup funding to go after that market.

A Name Is A Label, And As Soon As There Is A Label, The Ideas Disappear And Out Comes Label-Worship And Label-Bashing, And Instead Of Living By A Theme Of Ideas, People Begin Dying For Labels... And The Last Thing The World Needs Is Another Religion. 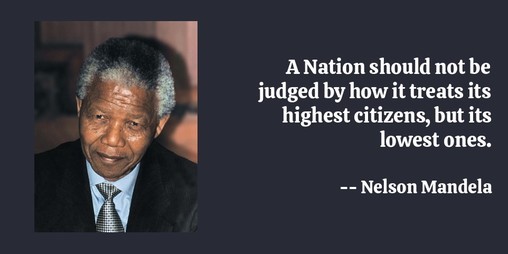 A Nation should not be judged by how it treats its highest citizens, but its lowest ones.