Order is needed by the ignorant but it takes a genius to master chaos.
--Albert Einstein

Design 2 Grayscale Photo Of Couples Near Body Of Water

Design 6 Man And Woman Kissing Under The Sun

Design 13 Albert Einstein Quote: Order Is Needed By The Ignorant But It Takes A Genius To Master Chaos.- Black Text On Quotes Background

Design 14 Albert Einstein Quote: Order Is Needed By The Ignorant But It Takes A Genius To Master Chaos.- White Text On Starry Pic Background

Design 15 Albert Einstein Quote: Order Is Needed By The Ignorant But It Takes A Genius To Master Chaos.Printed In White Text On Seashore Background

When you're young and arrogant and cocky and feel you're invincible, you say a lot of mean things to a lot of people because you think you're better, you don't need to deal with people. 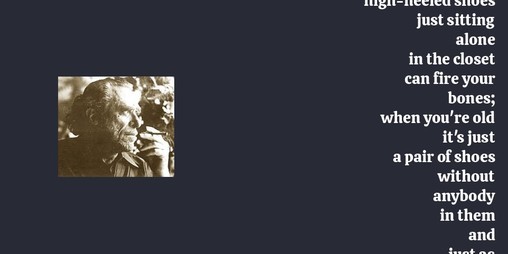 When you're young
a pair of
female
high-heeled shoes
just sitting
alone
in the closet
can fire your
bones;
when you're old
it's just
a pair of shoes
without
anybody
in them
and
just as
well.

When you're writing, you're putting thought into what you want to express, and then you come up with it -- it comes to you. When you're improvising, it's the same thing. You're writing. You just say it out loud right then, instead of saying, 'You think this might work?'

When you're writing, you're only a brain and some fingers, but drumming, you're involving all four limbs, and you're hearing stuff and you're converting your ideas into physical motions, getting physical feedback from things you are touching -- it's pretty cool. It's a really a nice contrast to writing.

When you're writing, you're on your own, and I like to work as a team.

When you're writing, you're in a totally different zone... I can start a difficult poem and look up at the clock and see to my astonishment that three hours have passed. 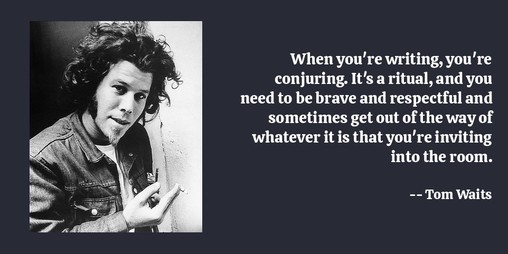 When you're writing, you're conjuring. It's a ritual, and you need to be brave and respectful and sometimes get out of the way of whatever it is that you're inviting into the room.

When you're writing, you think: How does intimacy happen in the work? You don't know who your reader is, woman, man, child, black person, Asian, who knows?

When you're writing, you are robbed of your delivery.

When you're writing, it's so absorbing. It's like a drop cloth goes over you, and the world outside falls away, but you do have a miniature version of the world, your own world, that you actually have some control over. I love to work.