Unthinking respect for authority is the greatest enemy of truth.
--Albert Einstein

Design 15 Albert Einstein Quote: Unthinking Respect For Authority Is The Greatest Enemy Of Truth.Printed In White Text On Seashore Background

What we have now in America is a surveillance society.

What we have now -- a world without marine reserves -- is like a debit account where we withdraw all the time and we never make any deposit. Reserves are like savings accounts.

What we have noticed at YouTube is that many users who have uploaded infringing content are unaware that it's illegal to do so. 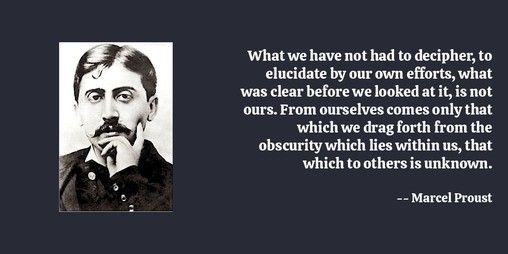 What we have not had to decipher, to elucidate by our own efforts, what was clear before we looked at it, is not ours. From ourselves comes only that which we drag forth from the obscurity which lies within us, that which to others is unknown.

What we have not chosen we cannot consider either our merit or our failure.

What we have never had, remains; It is the things we have that go.

What we have most to fear is failure of the heart.

What we have loved, others will love, and we will teach them how; instruct them how the mind of man becomes a thousand times more beautiful than the earth on which he dwells.

What we have lived through, the 20th century, has been like a great party. Adults now have had the best time humanity has ever had. Now the party is over and the Earth is reckoning up.

What we have learned is that Roland-Jones is a very promising prospect. Because of the way he bowls, he will not blow batsmen away, but is more likely to take wickets through accuracy and building pressure.

What we have is two important values in conflict: freedom of speech and our desire for healthy campaigns in a healthy democracy. You can't have both.

What we have is not a direct comparison of workers' performance or output, but a comparison between the audited representation of that performance and output. Inevitably, a short- circuiting occurs, and work becomes geared towards the generation and massaging of representations rather than to the official goals of the work itself. ... What late capitalism repeats from Stalinism is just this valuing of symbols of achievement over actual achievement.

What we have is always less desirable than what we don't.

Today, the glorification of the word FREEDOM has made it impossible for people to sincerely believe a man can truly be content in social isolation or within the confines of home, but the fact remains that most of us anyways spend our entire life time chained to our thought process and being confined to our belief palaces.

What we have is a pay structure that, on basic wages, is higher than market rate, as a general statement. When you look at other forms of retail, whether they be food or non-food, we pay more. If you look at our health care benefits, we pay a lot more.

What we have is a more sophisticated form of imperialism, which is economic. But lurking in the background, always ready to go, is an armed force.

What we have is a data glut.

What we have is North Korea still pursuing path to a nuclear weapon state. So the majority of people's trust in North Korea has gone down considerably.

What we have invented, Hans, is a new religion. Oh, not the moralistic and old-fashioned theological kind with that God who does not want us, but one with brutal splendours, magnificent contemporary rites and rituals, scenes, gestures, sacrifices, humiliations, terrors, tremblings, mortifications, degradations, phantasmagoric transfigurations into other realms of feeling, new realisations that will come from this cleansing purge, and then transcendencies unto a New World of our own making, with our own new rules and rewards and justifications.