A human being is a part of the whole called by us universe, a part limited in time and space. He experiences himself, his thoughts and feeling as something separated from the rest, a kind of optical delusion of his consciousness. This delusion is a kind of prison for us, restricting us to our personal desires and to affection for a few persons nearest to us. Our task must be to free ourselves from this prison by widening our circle of compassion to embrace all living creatures and the whole of nature in its beauty.
--Albert Einstein

This quote is 520 characters long - and therefore it does not fit well on any of our current picture quotes. You can still share the textual version above.

What anger worse or slower to abate then lovers love when it turns to hate.

What and how much had I lost by trying to do only what was expected of me instead of what I myself had wished to do? What a waste, what a senseless waste! But what of those things which you actually didn't like, not because you were not supposed to like them, not because to dislike them was considered a mark of refinement and education -- but because you actually found them distasteful? The very idea annoyed me. How could you know? It involved a problem of choice. I would have to weigh many things carefully before deciding and there would be some things that would cause quite a bit of trouble, simply because I had never formed a personal attitude toward so much. I had accepted the accepted attitudes and it had made life seem simple .

What an unrequited love it is, this thirst! But is it love, when it is unrequited?

What an unreliable thing is time -- when I want it to fly, the hours stick to me like glue. And what a changeable thing, too. Time is the twine to tie our lives into parcels of years and months. Or a rubber band stretched to suit our fancy. Time can be the pretty ribbon in a little girl's hair. Or the lines in your face, stealing your youthful colour and your hair. .... But in the end, time is a noose around the neck, strangling slowly. 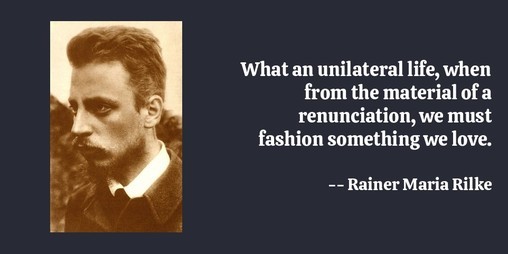 What an unilateral life, when from the material of a renunciation, we must fashion something we love.

What an unfair advantage the dead had over the living, for there could be no rebuttal, no denial, nothing but the accusing silence of the grave.

What an uncertain thing, marriage -- what an elusive thing, happiness!

What an unbearable creature he must have been in those days -- and yet in those days he had been comparatively innocent. That was another mystery: it sometimes seemed to him that venial sins -- impatience, an unimportant lie, pride, a neglected opportunity -- cut you off from grace more completely than the worst sins of all. Then, in his innocence, he had felt no love for anyone; now in his corruption he had learnt.

What an unappealing responsibility that is to lumber any prospective lover with: the need to be a saviour, not simply an equal partner. 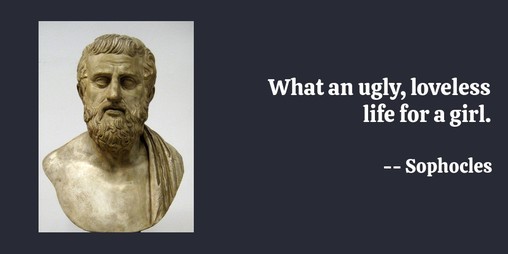 What an ugly, loveless life for a girl.

What an orchestra! They just sit there, but their minds are thousands of miles away with their bookies.

What an old maid I'm getting to be. lacking the courage to be in love with death!

What an odd time to be a fundamentalist about adaptation and natural selection -- when each major subdiscipline of evolutionary biology has been discovering other mechanisms as adjuncts to selection's centrality. 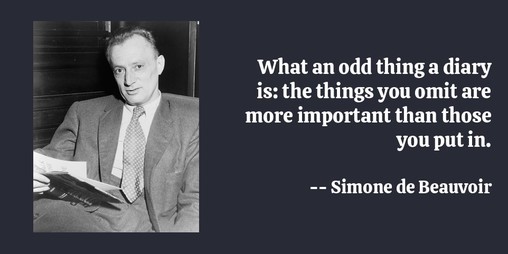 What an odd thing a diary is: the things you omit are more important than those you put in.

What an occupation! To sit and flay your fellow men and then offer their skins for sale and expect them to buy them.

What an insignificant life is this which I am now leading!

What an indulgence it would be, to just blow off my head, all my mean spirits disappearing with a gun blast, like blowing a seedy dandelion apart.

What an incredibly beautiful city at night Chicago is. Absolutely beautiful.