Design 13 Albert Einstein Quote: Logic Will Get You From A To Z; Imagination Will Get You Everywhere.- Black Text On Quotes Background

Design 14 Albert Einstein Quote: Logic Will Get You From A To Z; Imagination Will Get You Everywhere.- White Text On Starry Pic Background

Design 15 Albert Einstein Quote: Logic Will Get You From A To Z; Imagination Will Get You Everywhere.Printed In White Text On Seashore Background

I did not find him absurd. I saw he was kind, that he was on the verge of real love. I thought it would be nice for me to be in love with him, too.

I did not find my studies particularly enthralling.

I did not find that writing a diary with a lead male character differed in any essential way from writing one with a female character. They all had the same challenges in terms of attempting to establish an identity, coping with loneliness, friendships, relationships.

I did not forsee a day where the government had to intervene to bail out basically everybody.

I did not fully understand the dread term 'terminal illness' until I saw Heathrow for myself.

I did not get Botox because you wouldn't see any expression in my face. Hopefully it has paid off.

I did not get my picture of the world by satisfying myself of its correctness; nor do I have it because I am satisfied of its correctness. No: it is the inherited background against which I distinguish between true and false. 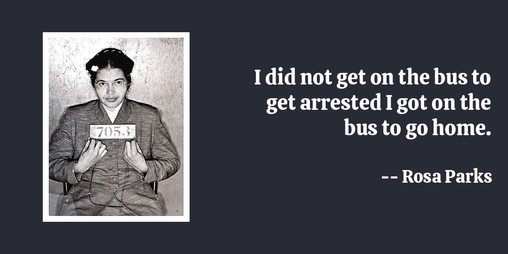 I did not give my daughter the kind of childhood anybody would want. The vision of the divided loyalty between a mother and father who don't live together and don't share in decisions is a great depravation for children.

I did not glow with the thrill of battle. Cringe, yes. Glow, no.

I did not go into comedy to escape anything. I went into comedy because I had parents who thought it was a reputable way to earn a living.

I did not go into the film business to be symbolized as someone else's vision of me.

I did not go to any creative writing workshop; I did not major in literature. If I can write, anyone can write. All it needs is imagination.

I did not go to fashion school. I arrived in New York in 1986 from Kansas City and was working as accessories editor for Mademoiselle Magazine. While working at Mademoiselle I noticed that the market lacked stylish and sensible handbags, so I decided to create my own.

I did not go to the Supreme Court on behalf of a class of women. I wasn't pursuing any legal remedy to my unwanted pregnancy. I did not go to the federal courts for relief. I went to Sarah Weddington asking her if she knew how I could obtain an abortion. She and Linda Coffey said they didn't know where to get one. They lied to me just like I lied to them. Sarah already had an abortion. She knew where to get one. Sarah and Linda were just looking for somebody, anybody, to further their own agenda. I was their willing dupe. For this, I will forever be ashamed.

I did not grasp all these details -- and many more -- right away. They came to my notice with time and as a result of necessity. I would be in the direst of dire straits, facing a bleak future, when some small thing, some detail, would transform itself and appear in my mind in a new light. It would no longer be the small thing it was before, but the most important thing in the world, the thing that would save my life. This happened time and again. How true it is that necessity is the mother of invention, how very true.