If I were to remain silent, I'd be guilty of complicity.
--Albert Einstein

Design 5 Mountains With Trees Under White Star At Night

Design 7 Woman In White Shirt Looking At The Window

Design 8 A Couple Holding Hands With A Wedding Ring Visible

Design 13 Albert Einstein Quote: If I Were To Remain Silent, I'D Be Guilty Of Complicity.- Black Text On Quotes Background

Design 14 Albert Einstein Quote: If I Were To Remain Silent, I'D Be Guilty Of Complicity.- White Text On Starry Pic Background

Design 15 Albert Einstein Quote: If I Were To Remain Silent, I'D Be Guilty Of Complicity.Printed In White Text On Seashore Background

We are living in a global world -- but most schools and books still tell us only parochial histories of one particular country or culture. The truth is that there are no longer any independent countries in the world.

We are living in a dynamic age with multiple ideas and beliefs of correctness; this world is not deterministic and not still.

We are living in a different world now. You can see it everywhere in international relations: It was noteworthy that, after his visit to Washington, the Chinese president's next stop was Saudi Arabia.

We are living in a demented world. And we know it. It would not come as a surprise to anyone if tomorrow the madness gave way to afrenzy which would leave our poor Europe in a state of distracted stupor, with engines still turning and flags streaming in the breeze, but with the spirit gone.

We are living in a culture where we are so led by the visual, and what is promoted in the media, that the attitude becomes, 'I don't have to go through normalcy in life -- I can look for exemptions. And I expect them, and when I look for them and they are not there, I am angry.' 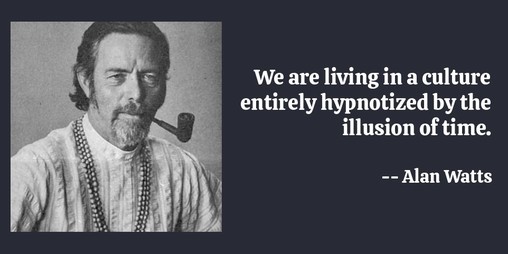 We are living in a culture entirely hypnotized by the illusion of time.

We are living in a culture entirely hypnotized by the illusion of time, in which the so-called present moment is felt as nothing but an infintesimal hairline between an all-powerfully causative past and an absorbingly important future. We have no present. Our consciousness is almost completely preoccupied with memory and expectation. We do not realize that there never was, is, nor will be any other experience than present experience. We are therefore out of touch with reality. We confuse the world as talked about, described, and measured with the world which actually is. We are sick with a fascination for the useful tools of names and numbers, of symbols, signs, conceptions and ideas.

We are living in a computer-programmed reality, and the only clue we have to it is when some variable is changed, and some alteration in reality occurs. We have the overwhelming impression that we were reliving the present -- deja vu.

We are living at an important and fruitful moment now, for it is clear to men that the images of adult manhood given by the popular culture are worn out; a man can no longer depend on them. By the time a man is thirty-five he knows that the images of the right man, the tough man, the true man which he received in high school do not work in life. 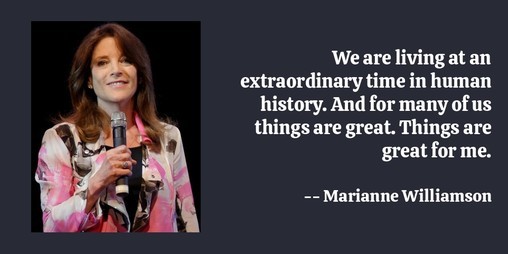 We are living at a time where a handful of people have wealth beyond comprehension -- huge yachts, jet planes, tens of billions of dollars, more money than they could spend in a thousand lifetimes. But at the same time, millions of people are struggling to feed their families or put a roof over their heads or find the money to go to a doctor.

We are living as if we had three planets' worth of resources to live with rather than just one. We need to cut by about two-thirds our ecological footprint. For that we need one planet farming as well as one planet living -- one planet farming which minimises the impact on the environment of food production and consumption, and which maximises its contribution to renewal of the natural environment.

We are little flames poorly sheltered by frail walls against the storm of dissolution and madness, in which we flicker and sometimes almost go out…we creep in upon ourselves and with big eyes stare into the night…and thus we wait for morning.

We are little flames poorly sheltered by frail walls against the storm of dissolution and madness, in which we flicker and sometimes almost go out. 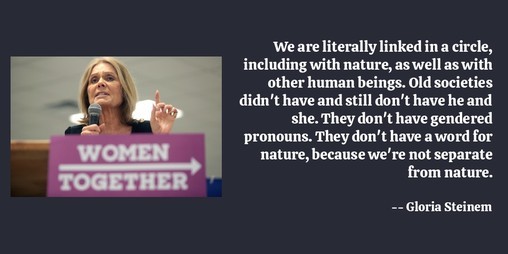 We are literally linked in a circle, including with nature, as well as with other human beings. Old societies didn't have and still don't have he and she. They don't have gendered pronouns. They don't have a word for nature, because we're not separate from nature.

We are literally eating the oceans alive and there are simply not enough fish to continue to feed an ever expanding population of humanity.

We are literally children of the earth, and removed from her our spirits wither or run to various forms of insanity. Unless we can refresh ourselves at least by intermittent contact with nature, we grow awry.