Thinking is hard work; that's why so few do it.
--Albert Einstein

Design 1 Shade Under A Green-Leafed Tree

Design 4 A Stack Of Thick Folders On A White Surface

Design 13 Albert Einstein Quote: Thinking Is Hard Work; That's Why So Few Do It.- Black Text On Quotes Background

Design 14 Albert Einstein Quote: Thinking Is Hard Work; That's Why So Few Do It.- White Text On Starry Pic Background

Design 15 Albert Einstein Quote: Thinking Is Hard Work; That's Why So Few Do It.Printed In White Text On Seashore Background

I did play other sports growing up. I played cricket and all those other things, but I was just so much more talented in golf, and that's all I wanted to do.

I did play two years of high school football and was very short and uncoordinated but the second year I was very tall and skinny and very uncoordinated.

I did plays and movies and whatever all over the place.

I did plays in college, and I have half of a play. But I'm kind of stuck. I keep revisiting it so maybe it will move somewhere. There's something about plays where you can feel that sense of artifice at any moment.

I did plays in grade school.

I did plays in high school and I really loved it, but I think singing was always what I loved most of all.

I did plays in high school, and I usually got cast in the comic role, which I really enjoyed.

I did plays in high school, but I was convinced you couldn't make a living doing it. You don't have a lot of options in Indiana anyway, though, so I didn't want to stay there. I graduated early and worked a bunch of really odd jobs, and then I joined the Marines.

I did plenty of crazy stuff, but I did a lot of charity stuff. You can't stop. You want to continue to taste, and sometimes that's crazy, stupid things. 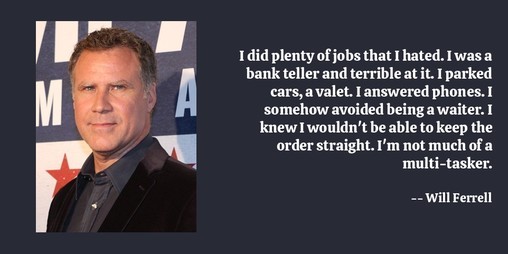 I did plenty of jobs that I hated. I was a bank teller and terrible at it. I parked cars, a valet. I answered phones. I somehow avoided being a waiter. I knew I wouldn't be able to keep the order straight. I'm not much of a multi-tasker.

I did pose for 'Black and White' magazine, a prestigious, artistic publication, several years ago... I did this as a piece of art and make no apologies for the creative decisions I've made as an artist in my 20-year career.

I did pretty good for a guy who never finished high school and used to yodel at square dances.

I did pretty well at the Sydney Olympics, but those were my first Games.

I did pretty well busking. I would play two to eight hours a day, and I could make two or three hundred an hour.

I did private study for about a month, five days a week, six hours a day. I came to understand the character in ways that I never would've previous to that. I was so innocent in respect to ways of creating characters.

I did publish a Bill once called Common Sense with a new constitution for Europe called the Commonwealth of Europe, setting it all out -- what it's rights were, how it would work. And I think that that will be where is has to go. But I'm not anti-European, I'm just a democrat, a very committed democrat. I don't see why the hell I should obey a law made by someone I didn't elect and can't remove.

I did put on weight for the last half of the film, but the Ferris wheel scene was shot with a harness on me so that if I fell I wouldn't fall all the way.

I did quite a lot of menial jobs. I was a waiter, an inventory clerk touring round properties listing cups and saucers, and a laserquest marshal.

I did quite a lot of the arranging, fitting different sections together, tempo changes, all sorts of things like that. I actually acted as a bridge between Robert and Ian. Not so much composing, rather presenting musical ideas at each rehearsal.