The tragedy of life is what dies in the hearts and souls of people while they live.
--Albert Einstein

Design 13 Albert Einstein Quote: The Tragedy Of Life Is What Dies In The Hearts And Souls Of People While They Live.- Black Text On Quotes Background

Design 14 Albert Einstein Quote: The Tragedy Of Life Is What Dies In The Hearts And Souls Of People While They Live.- White Text On Starry Pic Background

Design 15 Albert Einstein Quote: The Tragedy Of Life Is What Dies In The Hearts And Souls Of People While They Live.Printed In White Text On Seashore Background

I did some songs for Baz Luhrmann's The Great Gatsby. I had done a jazz album of Roxy songs, and they used bits of it in the film. It would be nice to score a movie one day. 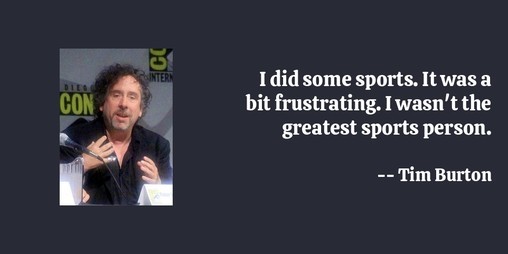 I did some sports. It was a bit frustrating. I wasn't the greatest sports person.

I did some stage when I was a kid, around 16 or so. I was living in Melbourne and had a band. I was quite young. We weren't very good. Then I found a band in Perth. We played around for three years. We're in the 'History of Rock'N'Roll,' a book about Perth music.

I did some stupid things when I was younger, but I got a lot out of my system. Every time, my mom was waiting there with an 'I told you so.' Moms are usually right. You're wrong if you don't think that they've done what we're doing, because they have.

I did some theater as a kid for fun. But it was really by chance that I landed into acting.

I did some theatre. I had some smaller roles in a couple TV shows and films. I used to think I did a lot of acting, but my 'career' started when I started 'Homeland'.

I did some things I regret, and I know there are people who think they know me. I've heard the things they say, and some of them are hurtful.

I did some traveling as an amateur and always loved the different places I saw.

I did some writing and bought a book, and have been working on that as a film to act and direct in.

I did some writing. I was just taking the kids to school. I did a couple things and we did some tours. It was a lot of downtime.

I did some years of therapy and self-realization, and I just move and think at a slower pace -- doesn't make me sound very smart! But really not reacting and doing more listening than talking, and letting people say what they need to say, and then maybe not saying anything at all.

I did something a lot of people will have to do in this economy if they want to eventually land their dream job. I turned down an offer to take a high-paying position in another field because it wouldn't fulfill me.

I did something that I told people around me never to do, which was, pay a psychiatrist. Why pay a psychiatrist when you can just come to me? I can help you with something going on in your life; even if I know nothing about you, I can possibly help you. That's just me being cocky like I am.

I did something that challenged the banking world.

All people are entrepreneurs, but many don't have the opportunity to find that out.

I did something that no brown-skinned man in the movie industry ever did. I made a brown-skinned man look very romantic -- a matinee idol. If you think about it, what I introduced is historical because it had never happened before, and it hasn't happened since -- not on that level.

I did sound for a number of years, so I know the pain of the sound mixer on a set where everybody was talking.

I did speak out about celebrities because I thought it was appalling. I thought that if the cartoon became popular, it was only going to last as long as the career of the people who are in it. They didn't make up timeless voices. They used their own. They brought nothing to the table, in other words. There was no alchemy. That's why a cartoon was so alluring, was that a human being went into a place and created this supernatural sound, or whatever sound it was supposed to be that was totally unlike their own, and did it in multiples.

I did spend a lot of my childhood playing out movie scenarios in my head. I'd walk along the road, pretending like I was in the army, talking on the radio, and doing maneuvers. I dreamt a lot about performing in movies and living in fantasies.

I did spend a lot of time as a child very confused about whether I had a devil in me, or whether I was in a state of grace. I mean, these ideas are so potent to anybody with half an imagination.