Live with purpose. Don't let people or things around you get you down.
--Albert Einstein

Design 7 Grayscale Photo Of Couples Near Body Of Water

Design 13 Albert Einstein Quote: Live With Purpose. Don't Let People Or Things Around You Get You Down.- Black Text On Quotes Background

Design 14 Albert Einstein Quote: Live With Purpose. Don't Let People Or Things Around You Get You Down.- White Text On Starry Pic Background

Design 15 Albert Einstein Quote: Live With Purpose. Don't Let People Or Things Around You Get You Down.Printed In White Text On Seashore Background 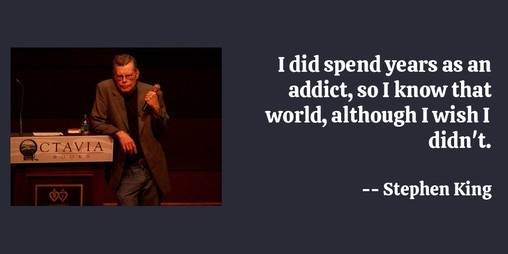 I did spend years as an addict, so I know that world, although I wish I didn't.

I did stand-up comedy for seventeen years. I need to explore other things.

I did stand-up for a good number of years while I was still living in New York, and those people primarily knew me as 'the kid stand-up.'

I did stand-up for a long time, and I did classical theater. As much time as you could spend on a stage will always inform you and your job, as you evolve. I feel the freedom of being able to find comedy in the darkest moments because it makes it way more interesting, I think. 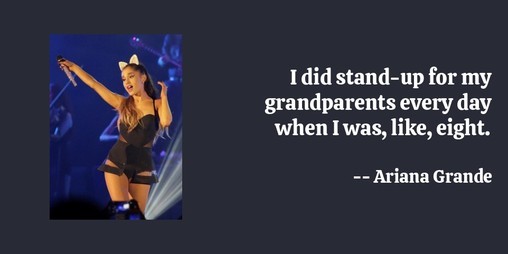 I did stand-up for my grandparents every day when I was, like, eight.

I did stand-up, weird and ignorant stuff about my career -- anything for a laugh.

I did stand-up. I loved George Carlin and Steve Martin.

I did standup comedy. I opened once for Jay Leno.

I did standup while still working for Johnny Carson in the mid-'60s, thus gaining the advantage of at least getting laughs from him about how I hadn't the night before.

I did start out as an actor. I went to Northwestern; I did musicals. I did plays.

I did start out quiet, and I found out you can change a person's life by simply saying, 'Hey,' or, 'How was your day?' Not everybody gets that opportunity with the way society views you or how you look or the way you dress or how you interact. You hear the weird cliches: socially awkward. I think we're all socially awkward.

I did start wrestling after I moved to Iowa, I think in the seventh grade. It's really a part of the Iowa culture so it's hard not to do it if you like sports.

I did steal socks, but I got caught... don't shoplift, anyone -- don't do it! You're just gonna get caught.

I did stories about unexpected encounters, back roads, small towns and ordinary folk, sometimes doing something a little extraordinary.

I did study religion for a little while. I studied the Torah and the Holy Koran, Helios Biblos, which is considered by most people to be the Holy Bible. I just wanted to know, even with Buddhism and the Dalai Llama.

I did stuff for three years in Kabul that I found exciting, and a lot of that was fixing roofs, talking about sewage installation.