It occurred to me by intuition, and music was the driving force behind that intuition. My discovery was the result of musical perception.
--Albert Einstein

Design 13 Albert Einstein Quote: It Occurred To Me By Intuition, And Music Was The Driving Force Behind That Intuition. My Discovery Was The Result Of Musical Perception.- Black Text On Quotes Background

Design 14 Albert Einstein Quote: It Occurred To Me By Intuition, And Music Was The Driving Force Behind That Intuition. My Discovery Was The Result Of Musical Perception.- White Text On Starry Pic Background

Design 15 Albert Einstein Quote: It Occurred To Me By Intuition, And Music Was The Driving Force Behind That Intuition. My Discovery Was The Result Of Musical Perception.Printed In White Text On Seashore Background

I didn't plan to write YA -- I had a story that simply wasn't working as a straight-up fantasy novel.

I didn't play a great deal of sport in primary school. It was not until I went away to boarding school in Sussex that I really got into sport.

I didn't play after the Grateful Dead stopped playing. I didn't touch anything for three or four months, and I just got pretty crazy.

I didn't play any extreme sports growing up. I never surfed, and I grew up in Santa Cruz. I was very good at doing what I was told, taking direction, and staying middle of the road. I mean, they called me 'grandma' in college.

I didn't play at collecting. No cigar anywhere was safe from me.

I didn't play basketball because I'd learned how to ice skate.

I didn't play football in school, but I've been a fan of football all my life. I have a fair understanding of it. Doing movies about it really helps because you know what makes them work and what doesn't.

I didn't play or like a lot of board games as a child. I liked playing with my G.I. Joes and making up adventures for them.

I didn't play organized football until I was in the seventh grade. Up until that point, I only played at recess and in the backyard.

I didn't play receiver my whole life. I played running back, and I liked a bunch of running backs coming up, but I never tried to emulate them.

I didn't play the Ghost Rider in the first movie. That was a stuntman. In this film, the Ghost Rider feels much more alive because I did put some thought into how he should walk and into how he should move. I was so into the character, in fact, that I would paint my face with white and black makeup to look like a skull. And I put on blacked-out contact lenses, so I almost looked like an Afro-New Orleanian voodoo icon by the name of Baron Samedi. Oh man, I would walk around the set without saying a word to anybody, and I could see the fear in my co-stars' and co-directors' eyes. 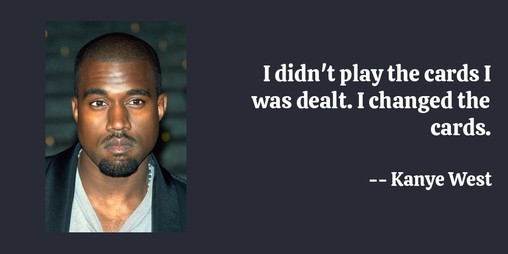 I didn't play the cards I was dealt. I changed the cards.

I didn't play the game right because I saw a reward at the end of the tunnel.

I didn't play video games because my parents didn't allow it. That was banned from my childhood experience.

I didn't practise it loads when I was at the academy in Spain, but when I got on the ATP Tour it's something I dedicated a lot of time to.

I didn't promote war when I was a weapons inspector.

I didn't pursue happiness at all. I've never pursued it. I wasn't brought up to pursue it.

I didn't push Cory. I wanted him to decide if he wanted to go into boxing and he did. Can't blame it on me.

I didn't put out this album because I wanted everybody to know I was grown up. I'm 21 and that's not grown up.