The more a country makes military weapons, the more insecure it becomes: if you have weapons, you become a target for attack.
--Albert Einstein

Design 3 Bird In The Sky

Design 9 Body Of Water During Daytime

Design 10 Person On Road At Sunset

Design 13 Albert Einstein Quote: The More A Country Makes Military Weapons, The More Insecure It Becomes: If You Have Weapons, You Become A Target For Attack.- Black Text On Quotes Background

Design 14 Albert Einstein Quote: The More A Country Makes Military Weapons, The More Insecure It Becomes: If You Have Weapons, You Become A Target For Attack.- White Text On Starry Pic Background

Design 15 Albert Einstein Quote: The More A Country Makes Military Weapons, The More Insecure It Becomes: If You Have Weapons, You Become A Target For Attack.Printed In White Text On Seashore Background

I grew up around a lot of feminine energy.

I grew up around a lot of various religions, so it's a part of my consciousness in a way. Everything from heavy Catholicism to followers of Indian spiritual masters to Unitarian universalists -- all in one family. Though the family aspect was stronger than any particular dogma.

I grew up around acting, but it was never thought of as a career.

I grew up around books -- my grandmother's house, where I lived as a small child, was full of books. My father was a history teacher, and he loved the Russian novels. There were always books around.

I grew up around books. When I first held the book and it was a substantive, tangible thing, and I thought of all the work that went into it, not just my work but everybody else's and the research and so forth, there's a sense of really have done something worthwhile.

I grew up around electronic instruments. To me, the turntable is an electronic device. At the same time, I had access to drum machines and keyboards through my uncle; then track recorders into computers. At an early age, I was messing with computers more than most hip-hop musicians.

I grew up around food and in a restaurant, so it never dawned on me that this was a thing to do; it just was. Then I found it as a profession in my mid-twenties after years of bad decisions and depression. The first step was going to the bookstore and learning about this craft. Then applying in kitchens and just getting to work.

I grew up around guitar players.

I grew up around hip-hop so I didn't think it was about being cool or being black or being white or whatever.

I grew up around horses, but acting and riding on camera is a whole different thing.

I grew up around hunters. I love guns, bows, arrows, compasses and binoculars. I don't do any of that stuff, I just like the stuff. I shot one animal, in my life, and I didn't like it. If I had to skin an animal to eat it, I'd probably eat vegetables.

I grew up around it. That was what my friends were listening to -- some of my closest friends are big hip-hop fans. 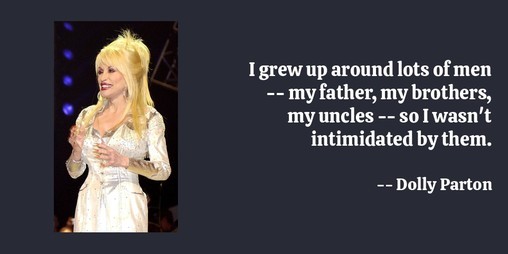 I grew up around lots of men -- my father, my brothers, my uncles -- so I wasn't intimidated by them.

I grew up around media so for me I've always been interested in that topic, whether it's a complete satire or a documentary. I love anything that touches on the state of information versus entertainment and what's newsworthy and what's not.

I grew up around old stuff that was not necessarily valuable, but certainly unusual.

I grew up around people that enjoyed life day to day and found pleasure in simple things.

I grew up around poets and novelists and my dad wrote poems about everything -- from a cat sleeping in a window to a car wreck he passed on the highway. I learned not to censor myself: that was one of things I learned in my apprenticeship, my creative-writing apprenticeship with my dad.

I grew up around politics. I organized my first campaign when I was 14, a walk-out in my high school to protest the year-round school schedule.

I grew up around really not-normal people. My family is general Hollywood. They're all artists; they're creative people who are advocates for expressing themselves. But I also have to say I'm not impressed with Hollywood.