In theory, theory and practice are the same. In practice, they are not.
--Albert Einstein

Design 11 Soldiers On Field At Daytime

Design 18 Albert Einstein Quote: In Theory, Theory And Practice Are The Same. In Practice, They Are Not.- Black Text On Quotes Background

Design 19 Albert Einstein Quote: In Theory, Theory And Practice Are The Same. In Practice, They Are Not.- White Text On Starry Pic Background

Design 20 Albert Einstein Quote: In Theory, Theory And Practice Are The Same. In Practice, They Are Not.Printed In White Text On Seashore Background 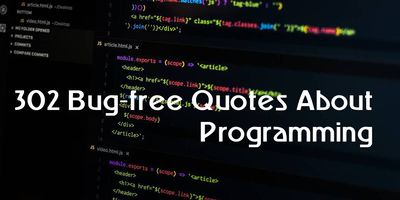 When I was a child, my mother always told me that you could wake up in the middle of the night and be deathly sick, so you always have to be impeccable. I laugh about it now, but I think everyone should go to bed like they have a date at the door.

When I was a child, my father would read out loud to my brother, my mother, and me. Several times in the course of my childhood, he would read 'Alice and Wonderland' and 'Through the Looking Glass' over a few weeks. They were a great favorite with all of us.

When I was a child, my father used to take me for walks, often along a river or by the sea. We would pass people fishing, perhaps reeling in their lines with struggling fish hooked at the end of them. Once I saw a man take a small fish out of a bucket and impale it, still wriggling, on an empty hook to use as bait.

When I was a child, my father used to encourage my brother and me to fail. At the dinner table, instead of asking about the best part of our day, he would ask us what we failed at that week. If we didn't have something to tell him, he would be disappointed. When we shared whatever failure we'd endured, he'd high-five us and say, 'Way to go!' The gift my father gave us by doing this was redefining what failure truly meant.

When I was a child, my father taught me to put up my fists like a boy and to be prepared to defend myself at all times.

When I was a child, my dream was to play for Atletico.

When I was a child, my behavior was far from being what most people would label 'intelligent.' It was often limited, repetitive and anti-social. I could not do many of the things that most people take for granted, such as looking someone in the eye or deciphering a person's body language, and only acquired these skills with much effort over time.

When I was a child, my December weekends were spent making cards, decorating the tree, hanging the wreath and preparing brandy butter and peppermint creams.

When I was a child, love to me was what the sea is to a fish: something you swim in while you are going about the important affairs of life.

When I was a child, life felt so slow because all I wanted to do was get into show business. Each day seemed like a year, but when you get older, years pass like minutes. I wish there was a tape recorder where we could just slow our lives down.

When I was a child, kids used to make fun of me because I was blind. But I just became more curious, 'How can I climb this tree and get an apple for this girl?' That's what mattered to me.

When I was a child, it was my dream to be a professional footballer. When I was 14 I visited Milan's San Siro stadium and remember thinking how unbelievable it was. From then onwards I vowed that one day I would be playing there -- and I am very proud that I achieved this and also for everything else I have managed to achieve in football.

When I was a child, it was cool to be a scientist.

When I was a child, if someone had talked to me about buying water, I would have thought it was a joke.

When I was a child, growing up on a council estate in the northeast of England, I imbibed enough of the background racial tensions of the late 1970s and 1980s to feel profoundly unwelcome in Britain.

When I was a child, going to a circus with wild animal acts was a rite of passage. These days, it's an act of complicit cruelty. 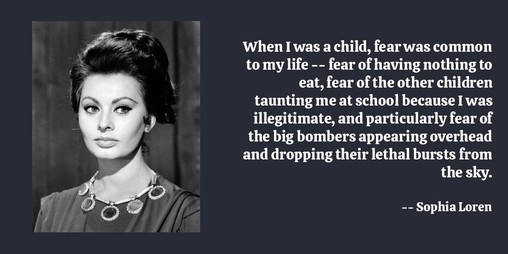 When I was a child, fear was common to my life -- fear of having nothing to eat, fear of the other children taunting me at school because I was illegitimate, and particularly fear of the big bombers appearing overhead and dropping their lethal bursts from the sky.

When I was a child, doctors sent my grandmother home in a wheelchair to die. Diagnosed with end-stage heart disease, she already had so much scar tissue from bypass operations that the surgeons had essentially run out of plumbing. There was nothing more to do, they said; her life was over at 65.

When I was a child, all problems had ended with a single word from my father. A smile from him was sunshine, his scowl a bolt of thunder. He was smart, and generous, and honorable without fail. He could exile a trespasser, check my math homework, and fix the leaky bathroom sink, all before dinner. For the longest time, I thought he was invincible. Above the petty problems that plagued normal people. And now he was gone.