Since the mathematicians have invaded the theory of relativity I do not understand it myself any more.
--Albert Einstein

Design 11 Blue And Black Butterfly In Close Up Photography

Design 13 Albert Einstein Quote: Since The Mathematicians Have Invaded The Theory Of Relativity I Do Not Understand It Myself Any More.- Black Text On Quotes Background

Design 14 Albert Einstein Quote: Since The Mathematicians Have Invaded The Theory Of Relativity I Do Not Understand It Myself Any More.- White Text On Starry Pic Background

Design 15 Albert Einstein Quote: Since The Mathematicians Have Invaded The Theory Of Relativity I Do Not Understand It Myself Any More.Printed In White Text On Seashore Background

I think it'd be pretty cool to fly. Actually, I'd like to be Language Gal. My super power is that I can speak every language.

I think it'd be pretty unrealistic to think we're the only planet in the world with thinking beings. It's kind of a strange conceit. Especially given how many universes there must be.

I think it'd be the coolest thing if I could get a role in a dance movie. That's something I'm always going to love.

I think it'd be useful for parents to know kind of what is the culture of an institution.

I think it'd be wonderful if we could train young girls to be active in lots of ways and that they then wouldn't have to age at the same rate that they would if they were not more active. In other words, more physical fitness and not just the sporty kind, but the yoga, which is really important.

I think it's 'only polite' that my wife should let me know when she's entertaining a male visitor, furthermore one that has shared her bed.

I think it's (Israeli pressure for invading Iraq) the worst kept secret in Washington, everybody I talked to in Washington has known and fully knows what their agenda was and what they were trying to do; because I mentioned the Neo-Conservatives who describe themselves as Neo-Conservatives, I was called, Anti-Semitic.

I think it's OK if somebody likes my music and likes Sam Hunt's music, too. And I think if we're both selling records, it's good for everybody. I think it allows other records to get made. 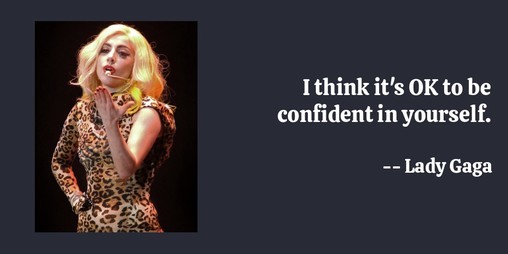 I think it's OK to be confident in yourself.

I think it's OK to play to your strengths, and if I have a quality of Englishness that people like, I won't hide that. I'm probably not going to play a junkie and that's OK because there are other people who will do it better. A view that's been held for a long time is that the best way to prove oneself as an actor is to play the grittiest roles out there. I don't agree with that.

I think it's OK to talk about your military service, but there's a fine line between, you know, too much and just about right.

I think it's a Blondie tradition that all of our albums sort of have a wide spread of styles.

I think it's a bad business decision to exclude anybody from your restaurant -- but, at the same time, I do believe in private ownership.

I think it's a bad habit for an actor to change scripts because that's not your job. You're not a writer, necessarily -- although there are some actors that are good at it.

I think it's a beautiful thing when you wear a uniform or a garb which represents a group of people, because what it immediately symbolizes is oneness, togetherness.

I think it's a belief that you can learn something. That's something that I really value from the upbringing I got.

I think it's a big chance to take to make a movie that's about as something as pure and honest and something people can relate to everyday.