One should not pursue goals that are easily achieved. One must develop an instinct for what one can just barely achieve through one's greatest efforts.
--Albert Einstein

Design 13 Albert Einstein Quote: One Should Not Pursue Goals That Are Easily Achieved. One Must Develop An Instinct For What One Can Just Barely Achieve Through One's Greatest Efforts.- Black Text On Quotes Background

Design 14 Albert Einstein Quote: One Should Not Pursue Goals That Are Easily Achieved. One Must Develop An Instinct For What One Can Just Barely Achieve Through One's Greatest Efforts.- White Text On Starry Pic Background

Design 15 Albert Einstein Quote: One Should Not Pursue Goals That Are Easily Achieved. One Must Develop An Instinct For What One Can Just Barely Achieve Through One's Greatest Efforts.Printed In White Text On Seashore Background

I think people still have a need for miracles. Science keeps telling them there's no life on Mars, there's no God, nothing's trailing Hale-Bopp, those people are just dead in their Nikes. But they want to believe in something.

I think people stop themselves from doing the things they want to do. I just think you never know how long you're going to be around so you might as well do the things that are intriguing. Nobody really cares anyway so you have to do what makes you happy.

I think people take Blink-128 more seriously now than they did before. And it's largely our fault because we called our records Enema of the State and Take Off Your Pants and Jacket. We were always kind of the underdogs, especially critically. People wrote us off as this joke band. But the people who listened to Blink knew that we were silly and whatever, but we wrote songs about divorce and suicide and depression. Those kids that were listening to Blink are now the ones that control all these outlets that used to just write us off.

I think people take a liking to a voice or something that makes them smile and feel good about themselves.

I think people take for granted the success of the original content at AandE Networks and in building brands. People have selective memory on how long that takes. 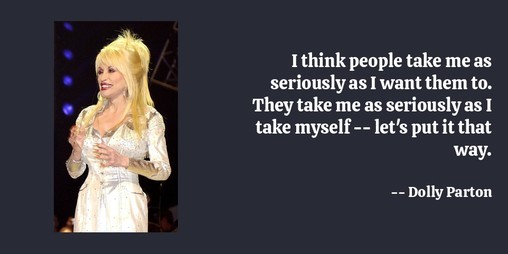 I think people tend to apply where they think the greatest opportunities lie.

I think people tend to be very myopic and they don't understand how their actions impact others.

I think people tend to be worried about every new technology that comes along.

I think people tend to believe that women who are successful are probably neglecting their children, possibly a bit hard-nosed and that they don't really support other women very much -- that they're men-haters and ball-breakers. I've certainly been on the receiving end of those 'compliments' for most of my career.

I think people tend to feel odd when I do my act. Unless you are an ironic person, it's not a good place for you to be.

I think people tend to forget that as celebrities we are still human. We have the same emotions -- we cry, we have fun, we laugh, we get sad, and we get hurt. When something is written about you, which millions of people are reading, and it is not true, imagine how hurtful it can be.

I think people tend to live, whether they like it or not, influenced by what's next door to them.

I think people tend to see the bigger point, which is maybe not fitting in and feeling like you didn't have the childhood that you expected you would have, or that you felt lonely or struggled with drugs and alcohol or just that you were able to achieve your dreams.

I think people that are, you know, voting in the blind are doing a disservice to America by not being better informed.

I think people that came out originally, like 2Pac, Biggie, Snoop Dogg,, and even T.I. and Ludacris, they were original with their vibe, but at the same time, they were classics.

I think people that have a brother or sister don't realize how lucky they are. Sure, they fight a lot, but to know that there's always somebody there, somebody that's family.