The truth of a theory can never be proven, for one never knows if future experience will contradict its conclusions.
--Albert Einstein

Design 2 Person Tip-Toeing In Front Of Other Person

Design 5 Green Trees On Body Of Water During Daytime

Design 13 Albert Einstein Quote: The Truth Of A Theory Can Never Be Proven, For One Never Knows If Future Experience Will Contradict Its Conclusions.- Black Text On Quotes Background

Design 14 Albert Einstein Quote: The Truth Of A Theory Can Never Be Proven, For One Never Knows If Future Experience Will Contradict Its Conclusions.- White Text On Starry Pic Background

Design 15 Albert Einstein Quote: The Truth Of A Theory Can Never Be Proven, For One Never Knows If Future Experience Will Contradict Its Conclusions.Printed In White Text On Seashore Background 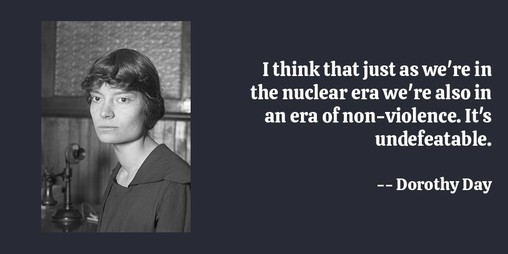 I think that just as we're in the nuclear era we're also in an era of non-violence. It's undefeatable.

I think that just because I'm trans, and I feel like I have to prove to people that I'm a woman sometimes, I'm never going to sacrifice my vision of femininity to make it clearer for other people. Even if it sometimes gets cloudy.

I think that just because the show is titled 'Awkward Black Girl' and it is a predominantly black cast doesn't mean that you shouldn't be able to relate to these people. We're all human beings. We all essentially go through the same things when it comes down to it, so I don't I think that should limit who watches it.

I think that just because you've been through an experience doesn't make you the ultimate arbiter of what it means. We figure things out; we work things out through the help of other people who can engage with us but also be intelligently critical.

I think that just the nature of art education in schools, it's about packs, you know? Like, we're young wolves running together, creating a consensus. And consensus is antithetical to the art process.

I think that kids aren't even exploring the option of sports anymore, and they don't even know what they could do.

I think that kids need to be guided; they need to be disciplined, but in a way that's constructive, so that's what I try to do.

I think that kids need to grow up watching what I grew up watching -- great entertainment; you know, Judy Garland and all these musicals that bring song and dance and acting all together in a polished way.

I think that knowledge enslaves us, that at the base of all knowledge there is a servility, the acceptation of a way of life wherein each moment has meaning only in relation to another or others that will follow it.

I think that laughter and smiling are some of the best antidotes to ageing that you could possibly have. In general, I pretty much think of myself as still being about 5.

I think that laughter is very close to terror and horror. Maybe that's just me, but that sort of all -- over rush that happens when you are either laughing or terrified or weeping...? I think that comedians, in and of themselves, make other people laugh because they aren't necessarily the happiest people in the world. So they know a lot about dark things.

I think that lawyers are terrible at admitting that they're wrong. And not just admitting it -- also realizing it.

I think that lawyers are terrible at admitting that they're wrong. And not just admitting it; also realizing it. Most lawyers are very successful, and they think that because they're making money and people think well of them, they must be doing everything right.

I think that laziness in many ways is the human condition, and that's what has led us to this place where, as we've developed technology.

I think that leadership more than anything is about setting a course and describing a vision for people.

I think that learning to read between the lines of traditional media is one way to stay informed, and also realizing that eventually you're going to have to cross-reference all sorts of different information coming from different sources.

I think that lens flares can work really well under certain circumstances. Personally, I am trying to get rid of them most of the time. I don't like artifacts that draw attention to the surface of the image.

I think that less presidential interference the better.