A man, as a general rule, owes very little to what he is born with, a man is what he makes himself.


Leave the beaten track behind occasionally and dive into the woods.


The inventor...looks upon the world and is not contented with things as they are. He wants to improve whatever he sees, he wants to benefit the world; he is haunted by an idea.


Man is an animal which, alone among the animals, refuses to be satisfied by the fulfillment of animal desires.


Mr. Watson -- Come here -- I want to see you.
First intelligible words spoken over the telephone.


I have heard articulate speech produced by sunlight I have heard a ray of the sun laugh and cough and sing! … I have been able to hear a shadow, and I have even perceived by ear the passage of a cloud across the sun's disk.


It is a neck-and-neck race between Mr. Gray and myself who shall complete our apparatus first. He has the advantage over me in being a practical electrician -- but I have reason to believe that I am better acquainted with the phenomena of sound than he is -- so that I have an advantage there.


Watson, ... if I can get a mechanism which will make a current of electricity vary in its intensity, as the air varies in density when a sound is passing through it, I can telegraph any sound, even the sound of speech.


Grand telegraphic discovery today … Transmitted vocal sounds for the first time ... With some further modification I hope we may be enabled to distinguish … the timbre of the sound. Should this be so, conversation viva voce by telegraph will be a fait accompli.


Wherever you may find the inventor, you may give him wealth or you may take from him all that he has; and he will go on inventing. He can no more help inventing that he can help thinking or breathing.


Morse conquered his electrical difficulties although he was only a painter, and I don't intend to give in either till all is completed.


A man's own judgment should be the final appeal in all that relates to himself.


Ordinary people who know nothing of phonetics or elocution have difficulties in understanding slow speech composed of perfect sounds, while they have no difficulty in comprehending an imperfect gabble if only the accent and rhythm are natural.


Such a chimerical idea as telegraphing vocal sounds would indeed, to most minds, seem scarcely feasible enough to spend time in working over. I believe, however, that it is feasible and that I have got the cue to the solution of the problem.


The achievement of one goal should be the starting point of another.


One day there will be a telephone in every major city in the USA.


Great discoveries and improvements invariably involve the cooperation of many minds.

Great discoveries and improvements invariably involve the cooperation of many minds. I may be given credit for having blazed the trail, but when I look at the subsequent developments I feel the credit is due to others rather than to myself.

It is not, of course, complete yet -- but some sentences were understood this afternoon... I feel that I have at last struck the solution of a great problem -- and the day is coming when telegraph wires will be laid onto houses just like water or gas -- and friends converse with each other without leaving home.


The final result of our researches has widened the class of substances sensitive to light vibrations, until we can propound the fact of such sensitiveness being a general property of all matter.

It is hardly an exaggeration to say that oral teachers and sign teachers found it difficult to sit down in the same room without quarreling, and there was intolerance upon both sides. To say 'oral method' to a sign teacher was like waving a red flag in the face of a bull, and to say 'sign language' to an oralist aroused the deepest resentment.


Don't keep forever on the public road, going only where others have gone.

Don't keep forever on the public road,going only where others have gone, and following one after the other like a flock of sheep. Leave the beaten track occasionally and dive into the woods. 'Every time you do so you will be certain to find something that you have never seen before. Of course it will be a little thing, but do not ignore it. Follow it up, explore all around it; one discovery will lead to another, and before you know it you will have something worth thinking about to occupy your mind. All really big discoveries are the results of thought.


When one door closes, another one opens.

When one door closes another door opens; but we so often look so long and so regretfully upon the closed door, that we do not see the ones which open for us.


What this power is, I cannot say... All I know is that it exists.

What this power is I cannot say; all I know is that it exists and it becomes available only when a man is in that state of mind in which he knows exactly what he wants and is fully determined not to quit until he finds it.


The only difference between success and failure is the ability to take action.


The nation that secures control of the air will ultimately control the world.


The most successful men in the end are those whose success is the result of steady accretion.

The most successful men in the end are those whose success is the result of steady accretion. It is the man who carefully advances step by step, with his mind becoming wider and wider -- and progressively better able to grasp any theme or situation -- persevering in what he knows to be practical, and concentrating his thought upon it, who is bound to succeed in the greatest degree.


Neither the Army nor the Navy is of any protection, or very little protection, against aerial raids. 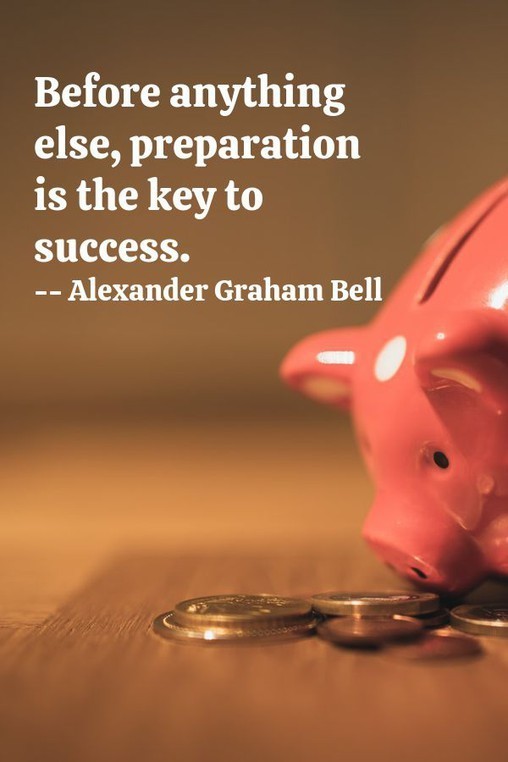 
Before anything else, preparation is the key to success.

Quotes by Alexander Graham Bell are featured in: