Design 4 Shade Under A Green-Leafed Tree

Design 8 Car Passing By In Between Trees

Design 16 Gray Road Beside A Trees

A Republican philosophy goes something like this: If you take your car to the mechanic, and instead of fixing it, they take out the engine and charge you an arm and a leg, you should conclude that mechanics can't fix cars and you should probably just take yours to the junkyard and sell it for scrap metal.

A Republican primary race that has for months alternated between spectacle and abomination has over the past 20th hours ignited into a raging, full-blown dumpster fire. One stoke by a group of men who hope to become the most powerful person in the world.

A Resource-Based Economy is in the application of the methods of science with human concern and environmental concern. If we used the scientific method throughout the world, the probability of war drops to zero. The probability of human suffering disappears. Deprivation, poverty, crime -- all those things tend to disappear because there's no basis. I'm strictly concerned with the environment that people are raised in and if that environment is altered, so will behaviors be altered.

A Rick Santorum presidency would be very, very dangerous for America.

A Robin said: The Spring will never come,
And I shall never care to build again.
A Rosebush said: These frosts are wearisome,
My sap will never stir for sun or rain.
The half Moon said: These nights are fogged and slow,
I neither care to wax nor care to wane.
The Ocean said: I thirst from long ago,
Because earth's rivers cannot fill the main. --
When Springtime came, red Robin built a nest,
And trilled a lover's song in sheer delight.
Grey hoarfrost vanished, and the Rose with might
Clothed her in leaves and buds of crimson core.
The dim Moon brightened. Ocean sunned his crest,
Dimpled his blue, yet thirsted evermore.

A Rod: An attractively painted length of fiberglass that keeps an angler from ever getting too close to a fish.

A Rolex watch or an expensive car are the things guys often use to show status, wealth, and basic desirability.

A Romney-Ryan administration will protect and strengthen Medicare, for my Mom's generation, for my generation, and for my kids and yours.

A Royal Commission is a broody hen sitting on a china egg.

A Rubik's cube is equal to a drag queen. It's really colorful, but I don't wanna do it.

A Russia that gradually begins to gravitate toward the West will also be a Russia that ceases to disrupt the international system.

A Russian child asked his mother : does God know we don't believe in Him?

A Russian peasant scratching the back of his head means many different things.

A SWAT team surrounded my house and came in every door. But it happened because on the day that we split up, Madonna developed a concern that if she were to return to the house, she would get a very severe haircut.

A SWEET disorder in the dress

Kindles in clothes a wantonness :

A lawn about the shoulders thrown

Into a fine distraction :

An erring lace which here and there

A cuff neglectful, and thereby

In the tempestuous petticoat :

A careless shoe-string, in whose tie

I see a wild civility :

Do more bewitch me than when art

Is too precise in every part. 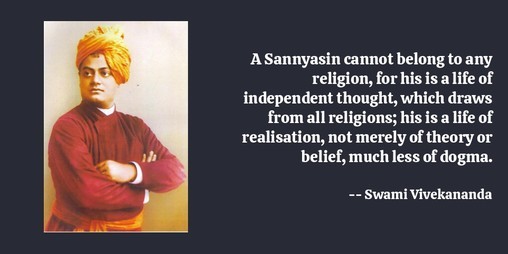 A Sannyasin cannot belong to any religion, for his is a life of independent thought, which draws from all religions; his is a life of realisation, not merely of theory or belief, much less of dogma.

A Satanist practices the motto, If a man smite thee on one cheek, smash him on the other! Let no wrong go unredressed.

A Satin Doll is a woman who is as pretty on the inside as she is on the outside.