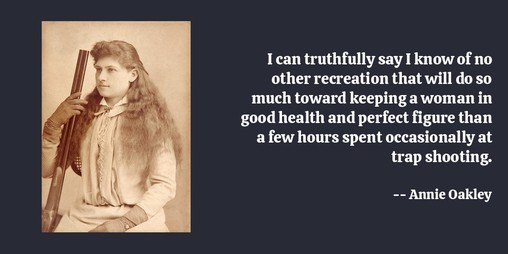 I can truthfully say I know of no other recreation that will do so much toward keeping a woman in good health and perfect figure than a few hours spent occasionally at trap shooting. 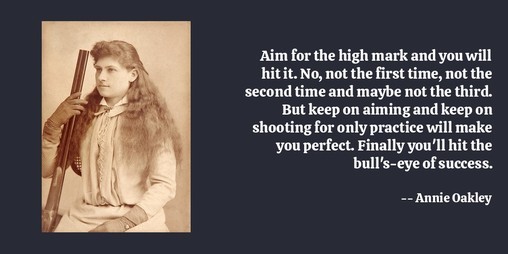 Aim for the high mark and you will hit it. No, not the first time, not the second time and maybe not the third. But keep on aiming and keep on shooting for only practice will make you perfect. Finally you'll hit the bull's-eye of success. 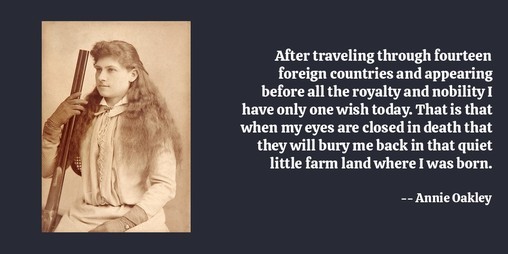 After traveling through fourteen foreign countries and appearing before all the royalty and nobility I have only one wish today. That is that when my eyes are closed in death that they will bury me back in that quiet little farm land where I was born. 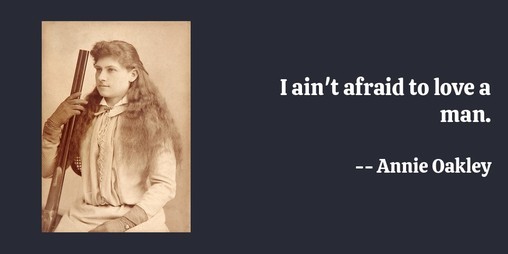 I ain't afraid to love a man. 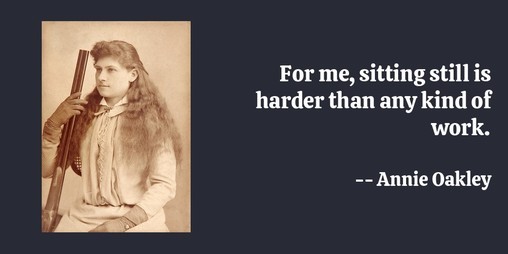 For me, sitting still is harder than any kind of work. 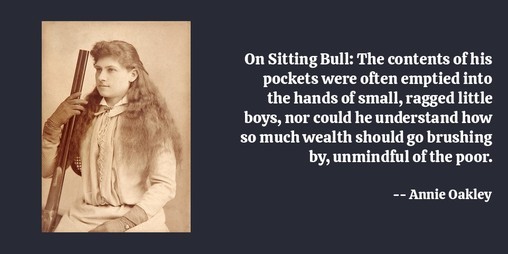 On Sitting Bull: The contents of his pockets were often emptied into the hands of small, ragged little boys, nor could he understand how so much wealth should go brushing by, unmindful of the poor. 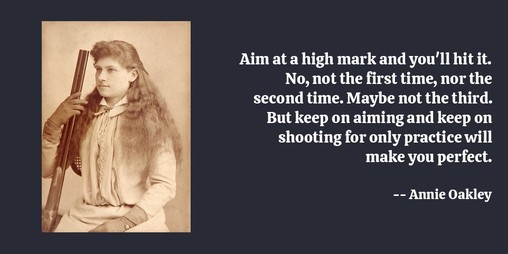 Aim at a high mark and you'll hit it. No, not the first time, nor the second time. Maybe not the third. But keep on aiming and keep on shooting for only practice will make you perfect. 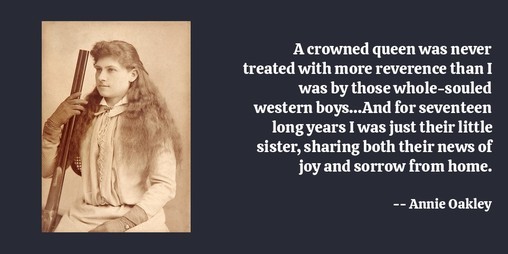 A crowned queen was never treated with more reverence than I was by those whole-souled western boys…And for seventeen long years I was just their little sister, sharing both their news of joy and sorrow from home. 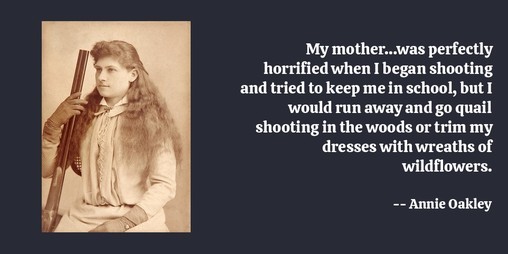 My mother…was perfectly horrified when I began shooting and tried to keep me in school, but I would run away and go quail shooting in the woods or trim my dresses with wreaths of wildflowers.

Know a quote that we are missing? Please use our suggest a quote form below and let us know. Thank YOU for visiting -- we wish you a perfect day!