Design 7 Body Of Water During Daytime

A fraternity is the antithesis offraternity. The first (that is, the order or organization) is predicated on the idea of exclusion; the second (that is, the abstract thing) is based on a feeling of total equality.

A fraudulent vote is a stolen vote. It steals a vote from the thin air and nullifies the legal and legitimate vote of a tax-paying citizen, whose rights to a fair election shouldn't be tampered with. Winning an election is important, but winning it honestly is imperative in a Constitutional Republic.

A free Net may depend on some wisely developed and implemented locks and a community ethos that secures the keys to those locks among groups with shared norms and a sense of public purpose rather than in the hands of one gatekeeper.

A free and democratic society is not the norm. When you look to the history books, world history was not based on great democratic societies but on imperialism, absolute rule, kings, queens, monarchs, dictators.

A free and open Internet is a despot's worst enemy.

A free and open Internet is crucial for innovation and the exchange of information and ideas. It allows grassroots communities to organize and mobilize against injustice across our nation and the globe. It's good for business, consumers, and our entire economy.

A free and open Internet should not have to be weighed down by legal challenges -- its dynamism is essential to our economy.

A free and prosperous Iraq will be a major blow to the terrorists and their desire to establish a safe haven in Iraq where they can plan and plot attacks.

A free and rooted society ought to consist of a web of moral obligations. We have the right to ignore them, but we ought to be actually obliged not to let other people starve or to let them lapse into destitution.

A free and stable Iraq will be a shining light against the shadow of Islamic extremism.

A free citizen in a free state, it seems to me, has an inalienable right to play with whomsoever he will, so long as he does not disturb the general peace. If any other citizen, offended by the spectacle, makes a pother, then that other citizen, and not the man exercising his inalienable right, should be put down by the police.

A free culture has been our past, but it will only be our future if we change the path we are on right now.

A free culture supports and protects creators and innovators. It does this directly by granting intellectual property rights. But it does so indirectly by limiting the reach of those rights, to guarantee that follow-on creators and innovators remain as free as possible from the control of the past. A free culture is not a culture without property, just as a free market is not a market in which everything is free. The opposite of a free culture is a permission culture -- a culture in which creators get to create only with the permission of the powerful, or of creators from the past.

A free economy and strong communities honor the dignity of every person, rewarding effort with justice, promoting upward mobility, and building solidarity among citizens.

All quotes by Antoine de Saint-Exupéry: 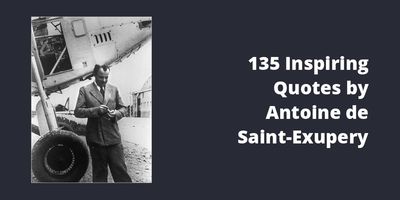