You are never really playing an opponent. You are playing yourself, your own highest standards, and when you reach your limits, that is real joy.
--Arthur Ashe

Design 8 Arthur Ashe Quote: You Are Never Really Playing An Opponent. You Are Playing Yourself, Your Own Highest Standards, And When You Reach Your Limits, That Is Real Joy.- Black Text On Quotes Background

Design 9 Arthur Ashe Quote: You Are Never Really Playing An Opponent. You Are Playing Yourself, Your Own Highest Standards, And When You Reach Your Limits, That Is Real Joy.- White Text On Starry Pic Background

Design 10 Arthur Ashe Quote: You Are Never Really Playing An Opponent. You Are Playing Yourself, Your Own Highest Standards, And When You Reach Your Limits, That Is Real Joy.Printed In White Text On Seashore Background 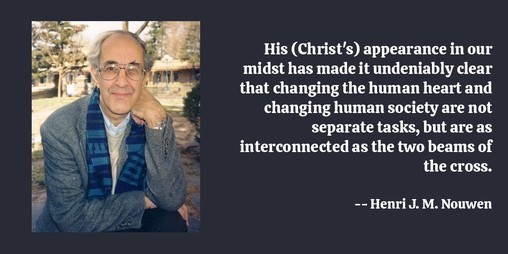 His (Christ's) appearance in our midst has made it undeniably clear that changing the human heart and changing human society are not separate tasks, but are as interconnected as the two beams of the cross.

His (Deschamps') complaint of court life was the same as is made of government at the top in any age: it was composed of hypocrisy, flattery, lying, paying and betraying; it was where calumny and cupidity reigned, common sense lacked, truth dared not appear, and where to survive one had to be deaf, blind, and dumb.

His (Frank Sinatra) attention span was not long, shall we say.

His (Lenin's)humanitarianism was a very abstract passion. It embraced humanity in general but he seems to have had little love for, or even interest in, humanity in particular. He saw the people with whom he dealt, his comrades, not as individuals but as receptacles for his ideas. On that basis, and no other, they were judged. He judged man not by their moral qualities but by their views, or rather the degree to which they accepted his.

His (Lincoln's) patriotism was saved from idolatry by the overwhelming sense of the sovereignty of God.

His (Swami Vivekananda) words are great music, phrases in the style of Beethoven, stirring rhythms like the march of Handel choruses. I cannot touch these sayings of his, scattered as they are through the pages of books, at thirty years' distance, without receiving a thrill through my body like an electric shock. And what shocks, what transports, must have been produced when in burning words they issued from the lips of the hero!

His (my father's) general belief in life's well-being worked either way. 'Have you ever had it before? You have? It's not going to kill you, then. If you've had the same thing before, you'll be alright in the morning.' My mother couldn't have more profoundly disagreed with that. 'You're such an optimist, dear,' she often said with a sigh. 'You're a good deal of a pessimist, sweetheart.' 'I certainly am.' And yet, I was well aware as I stood between them, he the optimist was the one who was prepared for the worst, and she the pessimist was the daredevil. 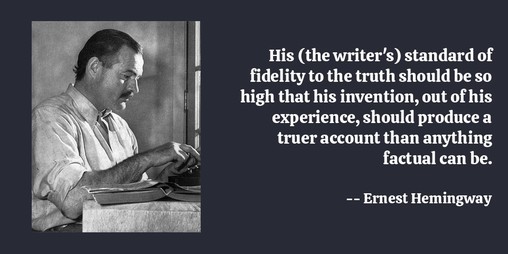 His (the writer's) standard of fidelity to the truth should be so high that his invention, out of his experience, should produce a truer account than anything factual can be. 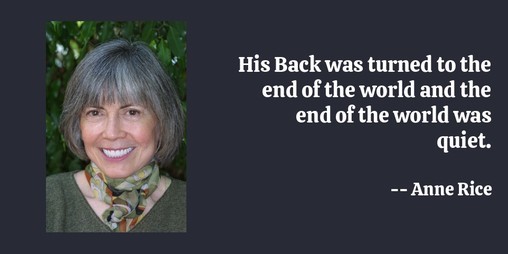 His Ben Okri's work poses very serious questions for the twenty-first century. Among them: To what extent will we allow the indefinable dynamics of something called destiny to maintain grief and horror in the world? How hard are human beings willing to fight to achieve and sustain justice, equanimity, or joy? And should progress be called such when it devours what is best within the human spirit?

His Divine Goodness asks that we never do good in any place to make ourselves look important but that we always consider Him directly, immediately, and without intermediary in all our actions.

His Donald Trumpcomments are shocking, offensive and disturbing but I don't believe it merits a ban at this point in time.

His Excellency, President for Life, Field Marshal Al Hadji Doctor Idi Amin Dada, VC, DSO, MC, Lord of All the Beasts of the Earth and Fishes of the Seas and Conqueror of the British Empire in Africa in General and Uganda in Particular.

His Faraday's third great discovery is the Magnetization of Light, which I should liken to the Weisshorn among mountains-high, beautiful, and alone.

His Frank Sinatra voice defined not only a certain period of time, but America and what America meant to the world. Sinatra grew up, as my grandparents did, when being Italian was very, very prejudice against, but they didn't let it bring them down or use it as an excuse.

His Grace was at her side, and lifted her down from the chair. My enfant, he said , duchesses do not dance on chairs, nor do they call their brothers 'imbécile'. Léonie's twinkled irrepressibly. I do, she said firmly.

His Highness was always confident in his statements, especially about what he viewed for the first time.

His Holiness brings a wealth of experience to this exalted office. The United Nations and the Holy See share a strong commitment to peace, social justice, human dignity, religious freedom and mutual respect among the world's religions.

All quotes by Arthur Ashe: 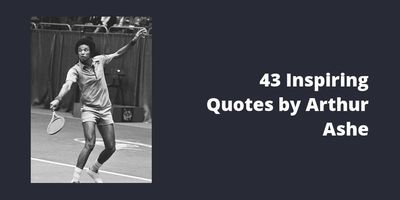