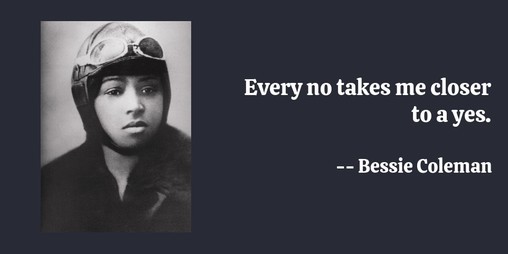 Every no takes me closer to a yes. 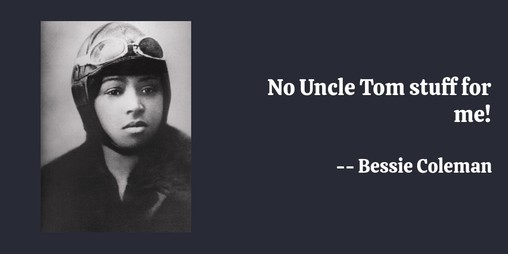 No Uncle Tom stuff for me! 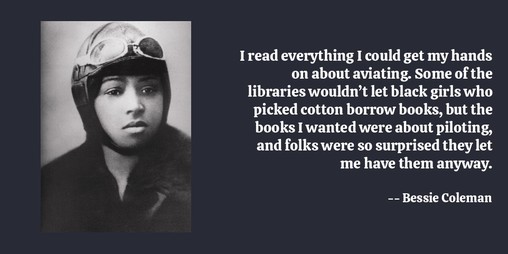 I read everything I could get my hands on about aviating. Some of the libraries wouldn’t let black girls who picked cotton borrow books, but the books I wanted were about piloting, and folks were so surprised they let me have them anyway. 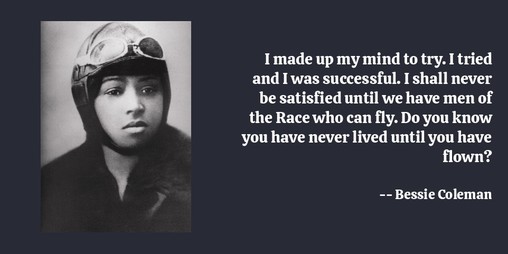 I made up my mind to try. I tried and I was successful. I shall never be satisfied until we have men of the Race who can fly. Do you know you have never lived until you have flown? 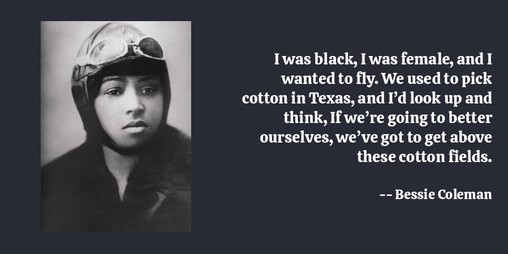 I was black, I was female, and I wanted to fly. We used to pick cotton in Texas, and I’d look up and think, If we’re going to better ourselves, we’ve got to get above these cotton fields. 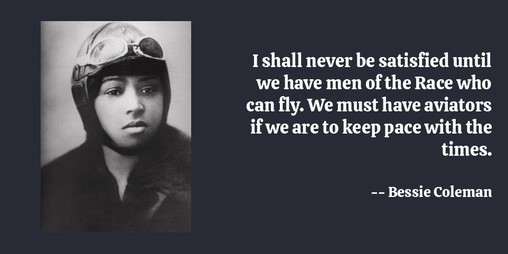 I shall never be satisfied until we have men of the Race who can fly. We must have aviators if we are to keep pace with the times. 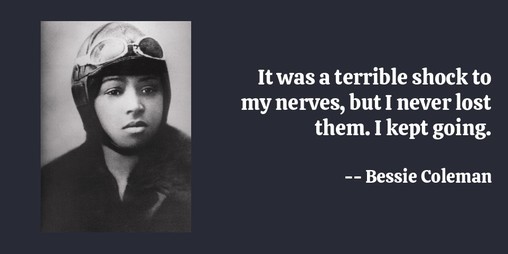 It was a terrible shock to my nerves, but I never lost them. I kept going.

[spoken after an accident killed another flying student] 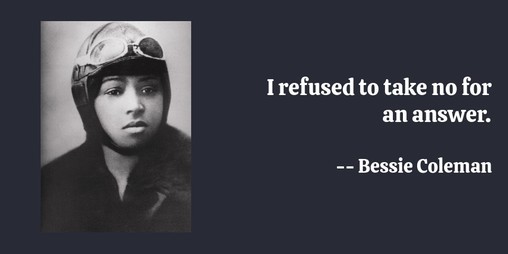 I refused to take no for an answer. 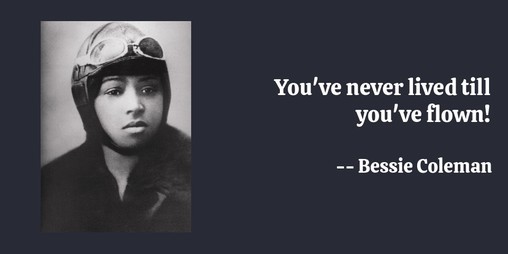 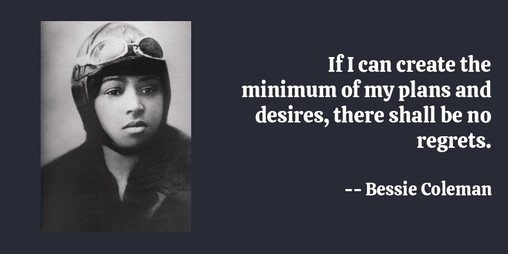 If I can create the minimum of my plans and desires, there shall be no regrets. 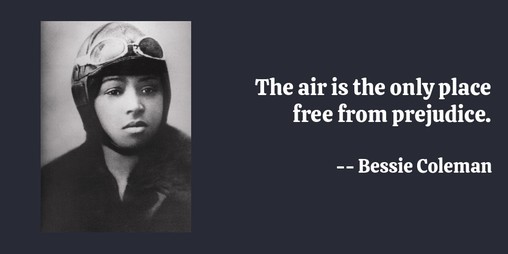 The air is the only place free from prejudice.

The air is the only place free from prejudices. 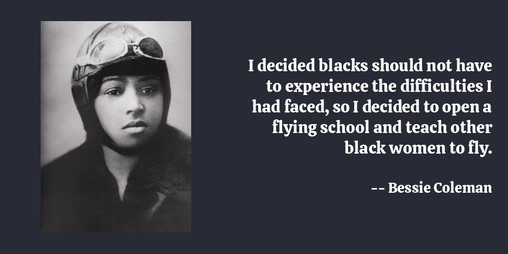 I decided blacks should not have to experience the difficulties I had faced, so I decided to open a flying school and teach other black women to fly.

Know a quote by Bessie Coleman that we are missing? Please use our suggest a quote form below and let us know. Thank YOU for visiting -- we wish you a perfect day!