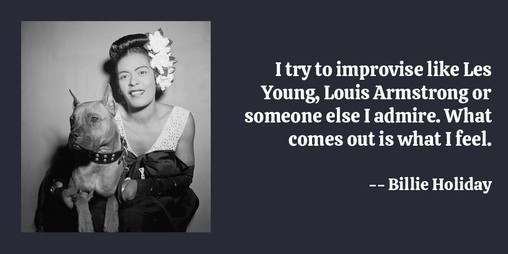 
I try to improvise like Les Young, Louis Armstrong or someone else I admire. What comes out is what I feel. 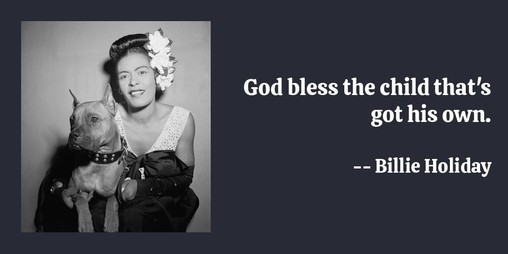 
God bless the child that's got his own. 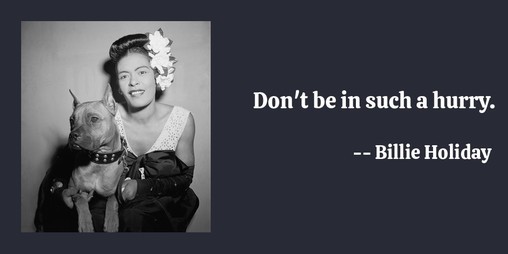 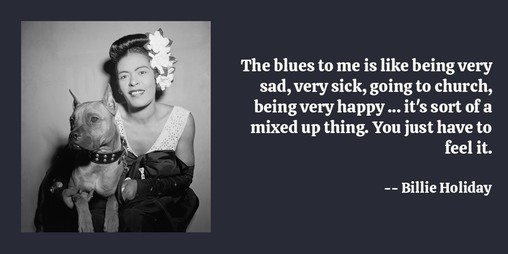 
The blues to me is like being very sad, very sick, going to church, being very happy ... it's sort of a mixed up thing. You just have to feel it. 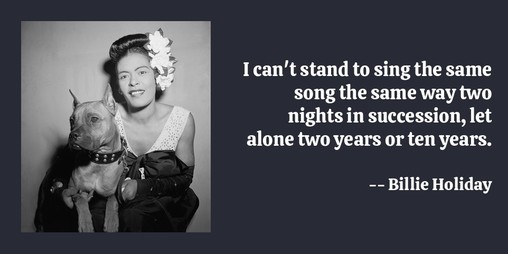 I can't stand to sing the same song the same way two nights in succession. If you can, then it ain't music, it's close order drill, or exercise or yodeling or something, not music.


In this country kings or dukes don't amount to nothing. The greatest man around then was Franklin D. Roosevelt, and he was the President; so I started calling Lester the President. It got shortened to Pres. 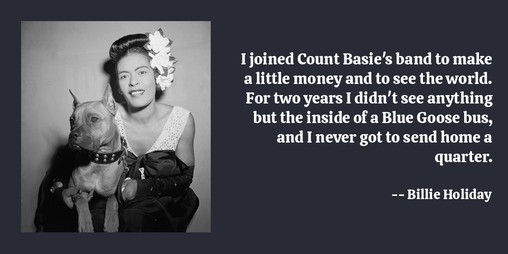 
I joined Count Basie's band to make a little money and to see the world. For two years I didn't see anything but the inside of a Blue Goose bus, and I never got to send home a quarter.

So I asked him to play Trav'lin' All Alone. That came closer than anything to the way I felt. And some part of it must have come across. The whole joint quieted down. If someone had dropped a pin, it would have sounded like a bomb. When I finished, everybody in the joint was crying in their beer, and I picked thirty-eight bucks up off the floor... When I showed Mom the money for the rent and told her I had a regular job singing for eighteen dollars a week, she could hardly believe it. 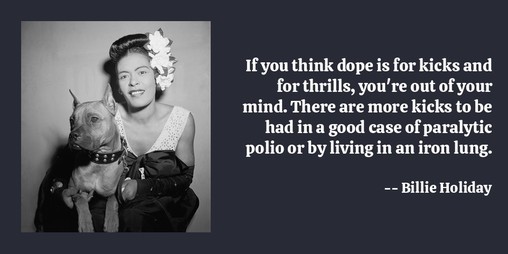 
If you think dope is for kicks and for thrills, you're out of your mind. There are more kicks to be had in a good case of paralytic polio or by living in an iron lung. 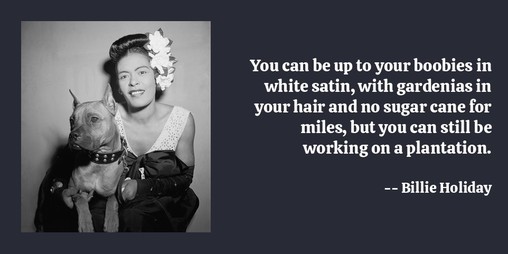 
You can be up to your boobies in white satin, with gardenias in your hair and no sugar cane for miles, but you can still be working on a plantation. 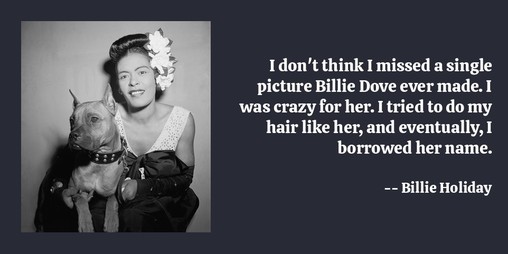 
I don't think I missed a single picture Billie Dove ever made. I was crazy for her. I tried to do my hair like her, and eventually, I borrowed her name. 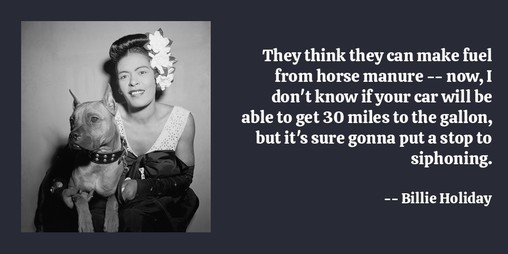 
They think they can make fuel from horse manure -- now, I don't know if your car will be able to get 30 miles to the gallon, but it's sure gonna put a stop to siphoning. 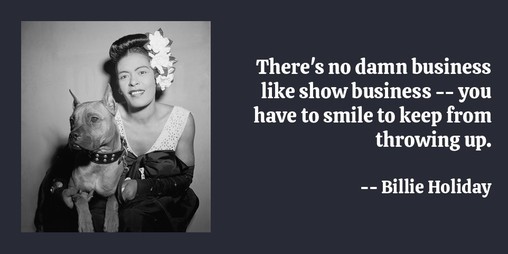 
There's no damn business like show business -- you have to smile to keep from throwing up. 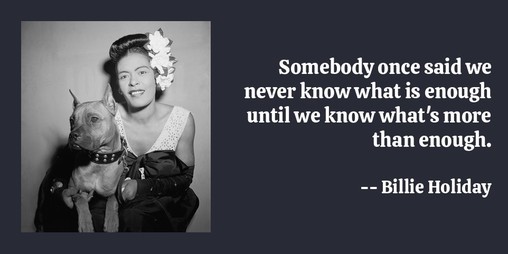 
Somebody once said we never know what is enough until we know what's more than enough. 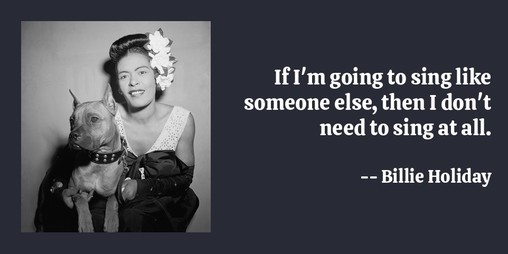 
If I'm going to sing like someone else, then I don't need to sing at all. 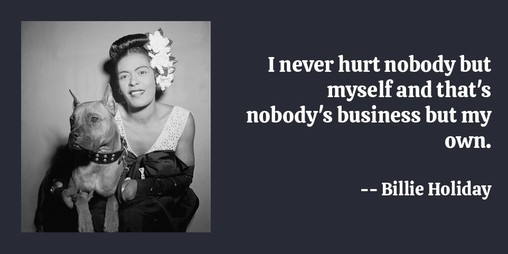 
I never hurt nobody but myself and that's nobody's business but my own. 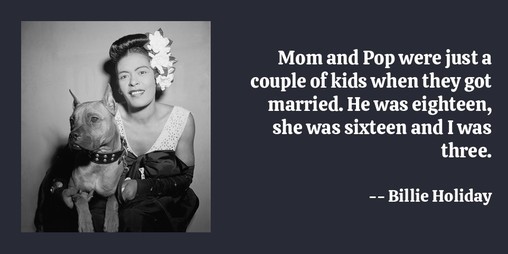 
Mom and Pop were just a couple of kids when they got married. He was eighteen, she was sixteen and I was three. 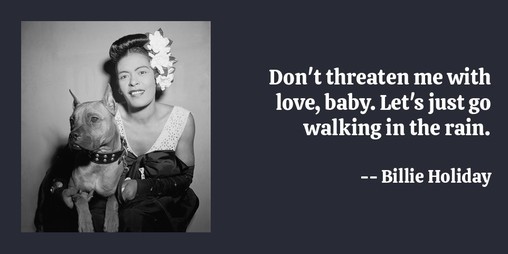 
Don't threaten me with love, baby. Let's just go walking in the rain. 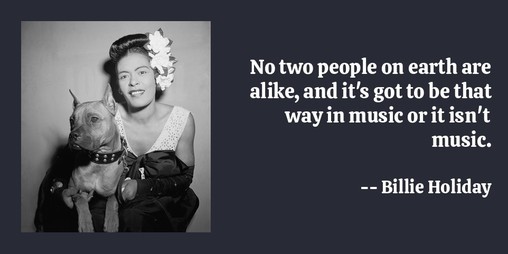 
No two people on earth are alike, and it's got to be that way in music or it isn't music. 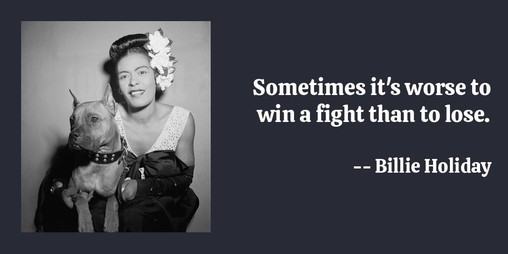 
Sometimes it's worse to win a fight than to lose. 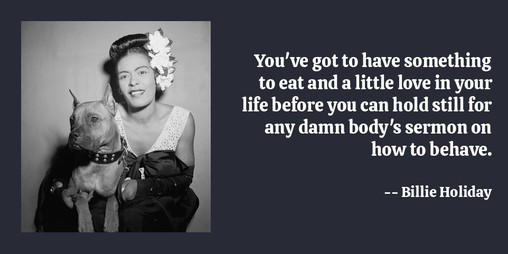 
You've got to have something to eat and a little love in your life before you can hold still for any damn body's sermon on how to behave. 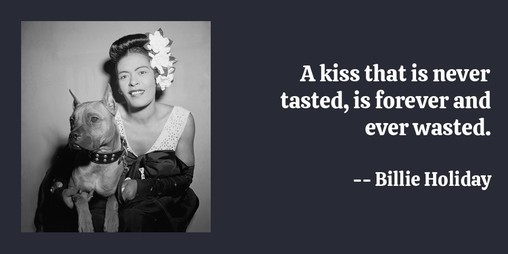 
A kiss that is never tasted, is forever and ever wasted.