Climate change is the greatest threat to humanity, perhaps ever. Global temperatures are rising at an unprecedented rate, causing drought and forest fires and impacting human health.
--Cary Kennedy

Design 3 Trees Under Blue Sky And Stars During Nighttime Photo

We talk of early prejudices, of the prejudices of religion, of position, of education; but in truth we only mean the prejudices of others. It is by the observation of trivial matters that the wise learn the influence of prejudice over their own minds at all times, and the wonderfully moulding power which those minds possess in making all things around conform to the idea of the moment. Let a man but note how often he has seen likenesses where no resemblance exists; admired ordinary pictures, because he thought they were from the hands of celebrated masters; delighted in the commonplace observations of those who had gained a reputation for wisdom; laughed where no wit was; and he will learn with humility to make allowance for the effect of prejudice in others.

We talk of communing with Nature, but 'tis with ourselves we commune... Nature furnishes the conditions -- the solitude -- and the soul furnishes the entertainment.

We talk of acquiring a habit; we should rather say being acquired by it.

We talk nonstop about what needs to be changed, and everyone has excuses for why the changes can't happen. I believe we must change our educational system first to get the changes moving forward. I'm happy to be a voice and get in front of an audience who can help by making education a priority. 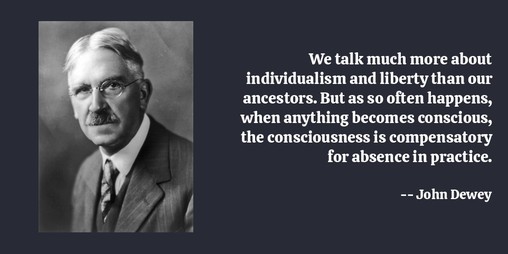 We talk much more about individualism and liberty than our ancestors. But as so often happens, when anything becomes conscious, the consciousness is compensatory for absence in practice.

We talk in coaching about winners -- kids, and I've had a lot of them, who just will not allow themselves or their team to lose. Coaches call that a will to win. I don't. I think that puts the emphasis in the wrong place. Everybody has a will to win. What's far more important is having the will to prepare to win.

We talk about, you know, diet and that we shouldn't give our kids big things and obesity and fast food. Well, you know there are people who don't have that problem because they're not getting any food! We have so many deep problems and issues facing humanity.

We talk about what's important to Hispanics: education, family, creating an environment in which you can achieve what you want to achieve because there aren't going to be obstacles in your way.

We talk about toughness as a quarterback: it's not sometimes the physical part that you see; it's the mental toughness and the 'I'm going to stand in here, take this shot,' and 'I'm going to deliver it to my guy.'

We talk about this concept of openness and transparency as the high-level ideal that we're moving towards at Facebook. The way that we get there is by empowering people to share and connect. The combination of those two things leads the world to become more open.

All quotes by Cary Kennedy: