I have always been a anti-establishment artist. I once believed, and still do to some extent, that one could get a better education in a forest rather than a desk.
--Casey Carter

Design 4 Silhouette Of Trees During Sunset

Design 8 Casey Carter Quote: I Have Always Been A Anti-Establishment Artist. I Once Believed, And Still Do To Some Extent, That One Could Get A Better Education In A Forest Rather Than A Desk.- Black Text On Quotes Background

Design 9 Casey Carter Quote: I Have Always Been A Anti-Establishment Artist. I Once Believed, And Still Do To Some Extent, That One Could Get A Better Education In A Forest Rather Than A Desk.- White Text On Starry Pic Background

Design 10 Casey Carter Quote: I Have Always Been A Anti-Establishment Artist. I Once Believed, And Still Do To Some Extent, That One Could Get A Better Education In A Forest Rather Than A Desk.Printed In White Text On Seashore Background

Very often, organizations are inflexible because there is too little communication between functions; they are too segregated.

Very often, it's the director that I'm attracted to. If it's a really good director, I don't even have to read the script to say yes.

Very often, in order to bring about stillness we have to be tirelessly active in the outer world. You might suppose this would agitate the mind. It will not, if it is the dharma.

Very often, if I know the orchestra doesn't know a piece or it's a new piece, I have main ideas about it. But then we start to play and I never talk about places where they played so beautiful and so clear in the beginning that there is nothing to say.

Very often, human beings are living like on autopilot, reacting automatically with what happens. What interests me about the life of an explorer is you are in the unknown; you are out of your habits.

Very often, footage that you have shot develops its own dynamic, it's own life, that is totally unexpected, and moves away from you're original intentions. And you have to acknowledge, yes, there is a child growing and developing and moving in a direction that isn't expected-accept it as it is and let it develop its own life.

Very often, fanaticism begins at home. It begins inside the family. It begins with the urge to change our kin, to change our beloved ones for their own good because we think we know better than them what is good and what is bad for them, what is right and what is wrong in their thinking.

Very often, development agencies or even some of the humanitarian actors choose the... more comfortable type of work, where it is safe, while the more important work has to be done where it is profoundly unsafe.

Very often, as I wander through life, I'll get that old feeling that I've come back from the future, and I'm living in the past. And it's a really horrible feeling. 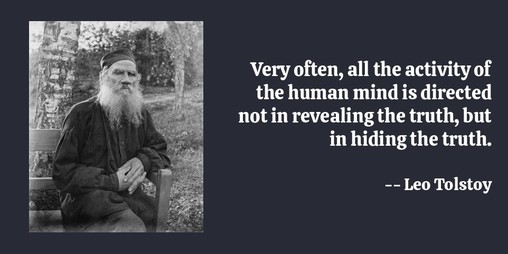 Very often, all the activity of the human mind is directed not in revealing the truth, but in hiding the truth.

Very often, actors have to face being rejected time and again, and we must remember that the red carpet lasts just a minute.

Very often, I recognize many, many defects, so I try to improve myself every day. I think my voice is very communicative.

Very often, I don't make it through moments of recording because it is genuinely funny and absolutely ridiculous that a 60-year-old grown man is making these noises.

Very often, (in near-death experiences) the person encounters a divine or angelic being. This may be described as Christ, an angel, even God.

Very often your attitude about why an accident or illness has happened has an effect on your recuperation.

Very often with an American movie, the end is very happy and you just feel good when you go out. When you go to a French movie, it's kind of like, oh!, and you can't go out; you're stuck in your chair. It goes so deeply inside of the heart.

Very often when you see families it's all perfect and neat, and parenting isn't like that. You do have constant negotiations. Things are ever developing and ever changing, and you constantly have to evaluate how you deal with your kids.

All quotes by Casey Carter: