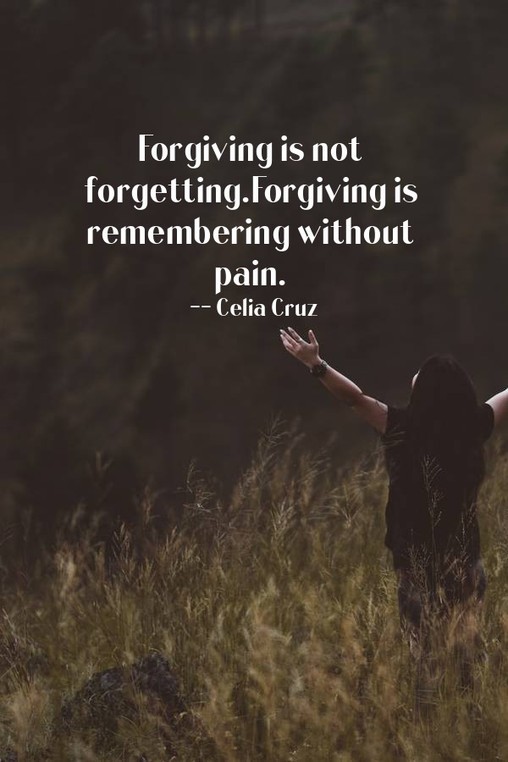 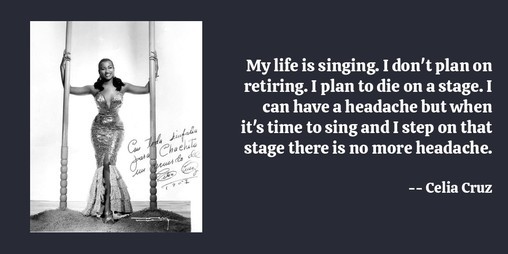 My life is singing. I don't plan on retiring. I plan to die on a stage. I can have a headache but when it's time to sing and I step on that stage there is no more headache. 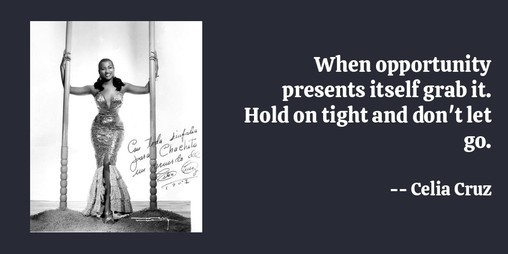 When opportunity presents itself grab it. Hold on tight and don't let go. 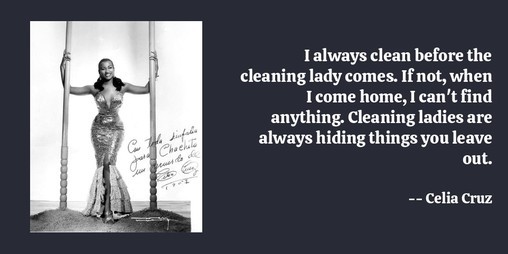 I always clean before the cleaning lady comes. If not, when I come home, I can't find anything. Cleaning ladies are always hiding things you leave out. 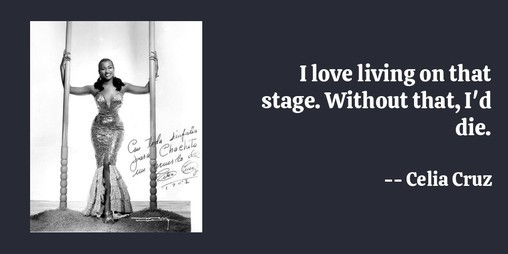 I love living on that stage. Without that, I'd die. 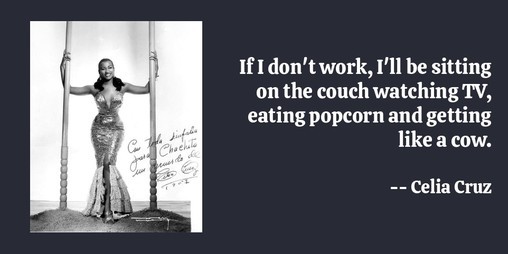 If I don't work, I'll be sitting on the couch watching TV, eating popcorn and getting like a cow. 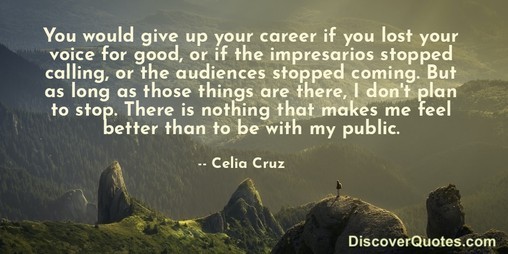 You would give up your career if you lost your voice for good, or if the impresarios stopped calling, or the audiences stopped coming. But as long as those things are there, I don't plan to stop. There is nothing that makes me feel better than to be with my public. 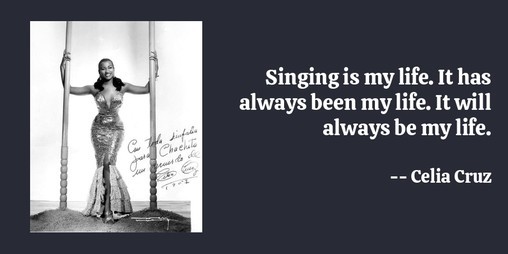 Quotes by Celia Cruz are featured in: