All forests are one... They are all echoes of the first forest that gave birth to Mystery when the world began.
--Charles de Lint

Design 2 Silhouette Of Trees During Nighttime

Design 7 Leafless Tree On Body Of Water During Daytime

Design 10 Green Trees On Body Of Water During Daytime

Design 19 Charles De Lint Quote: All Forests Are One... They Are All Echoes Of The First Forest That Gave Birth To Mystery When The World Began.- Black Text On Quotes Background

Design 20 Charles De Lint Quote: All Forests Are One... They Are All Echoes Of The First Forest That Gave Birth To Mystery When The World Began.- White Text On Starry Pic Background

Design 21 Charles De Lint Quote: All Forests Are One... They Are All Echoes Of The First Forest That Gave Birth To Mystery When The World Began.Printed In White Text On Seashore Background

Alcohol postpones anxiety, then multiplies it.

Alcohol raises the risk for cancer, and so drinking wine or hard liquor should be done in moderation, if at all.

Alcohol removes inhibitions. It doesn't trigger criminal violence where there was none before.

Alcohol ruined me financially and morally, broke my heart and the hearts of too many others. Even though it did this to me and it almost killed me and I haven't touched a drop of it in seventeen years, sometimes I wonder if I could get away with drinking some now. I totally subscribe to the notion that alcoholism is a mental illness because thinking like that is clearly insane. 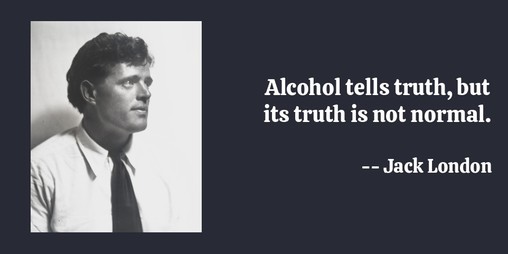 Alcohol tells truth, but its truth is not normal.

Alcohol whipped me. Alcohol and I had many, many marvelous times together. We laughed, we talked, we danced at the party together; then one day I woke up and the band had gone home and I was lying in the broken glass with a shirt full of puke and I said, 'Hey, man, the ball game's up'.

Alcohol, acid, cocaine, they were just affairs. When I met heroin it was true love.

Alcohol, acid, cocaine... they were just affairs. When I met heroin it was true love.

Alcohol, contrary to instinct, is not the secret to happiness.

Alcohol-inspired fights are a reminder of the price we pay for our daily submission at the altars of prudence and order.

Alcoholic drinks, rightly used, are good for body and soul alike, but as a restorative of both there is nothing like brandy.

Alcoholic: anybody who drinks more than I do.

Alcoholics don't have unopened bottles of wine in the house. They have empty wine bottles.

Alcoholism can be understood as a spiritual disorder, Ross told me the first time we met, in the treatment room at NYU. Over time you lose your connection to everything but this compound. Life loses all meaning. At the end, nothing is more important than that bottle, not even your wife and your kids. Eventually, there is nothing you won't sacrifice for it. 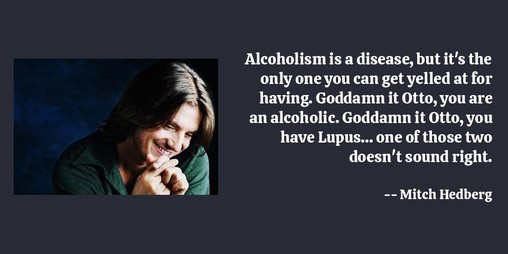 Alcoholism is a genetically predisposed disease and it does run in my family. I also think I felt like a misfit. I was in the South, everybody was blonde. I just didn't feel like I fitted in. It was sort of my way of fitting.

Alcoholism is a well documented pathological reaction to unresolved grief.

Alcoholism is an imperfect spiritual longing.

All quotes by Charles de Lint: