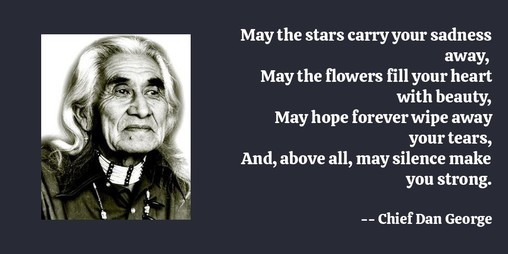 May the stars carry your sadness away,
May the flowers fill your heart with beauty,
May hope forever wipe away your tears,
And, above all, may silence make you strong. 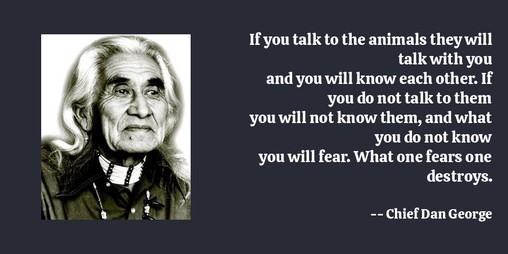 If you talk to the animals they will talk with you
and you will know each other. If you do not talk to them
you will not know them, and what you do not know
you will fear. What one fears one destroys. 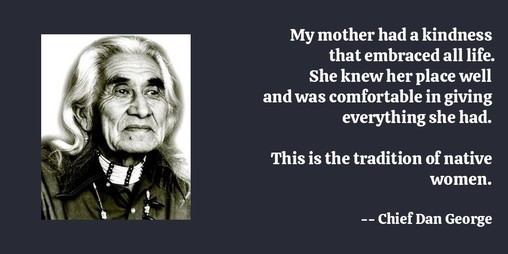 My mother had a kindness
that embraced all life.
She knew her place well
and was comfortable in giving everything she had.

This is the tradition of native women. 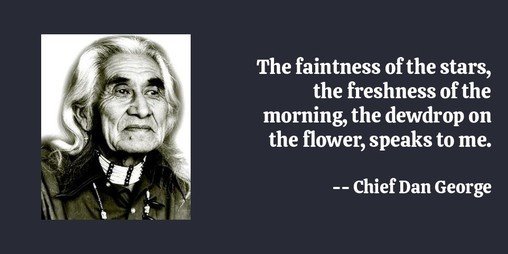 The faintness of the stars, the freshness of the morning, the dewdrop on the flower, speaks to me. 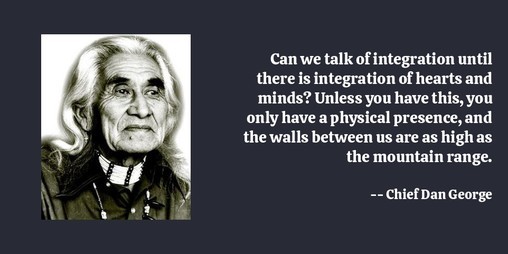 Can we talk of integration until there is integration of hearts and minds? Unless you have this, you only have a physical presence, and the walls between us are as high as the mountain range. 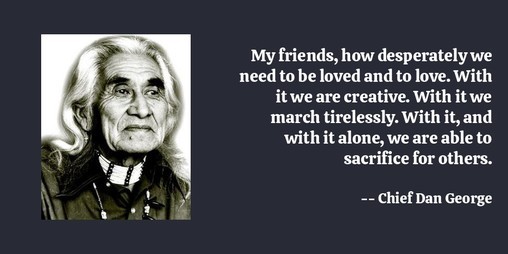 My friends, how desperately we need to be loved and to love. With it we are creative. With it we march tirelessly. With it, and with it alone, we are able to sacrifice for others. 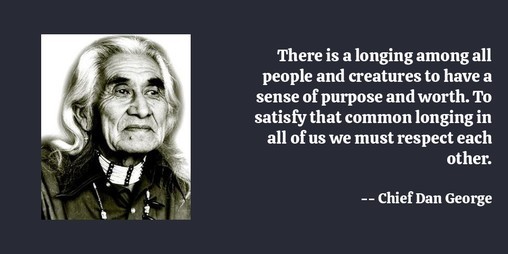 There is a longing among all people and creatures to have a sense of purpose and worth. To satisfy that common longing in all of us we must respect each other. 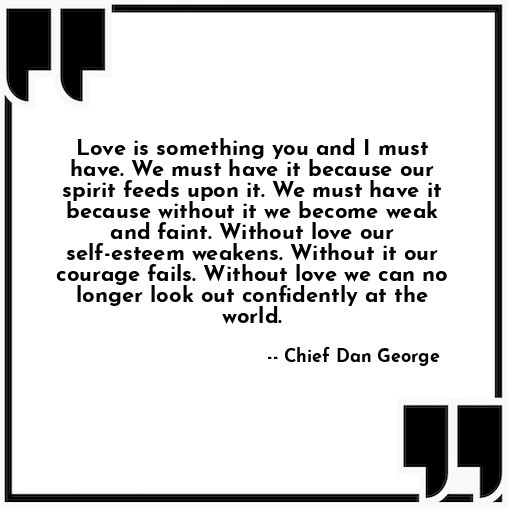 We have taken so much from your culture, I wish you had taken something from ours...For there were some beautiful and good things within it. Perhaps now that the time has come, We are fearful that what you take will be lost.... I shall grab the instruments of the white man's success: His education, his skills, and society. 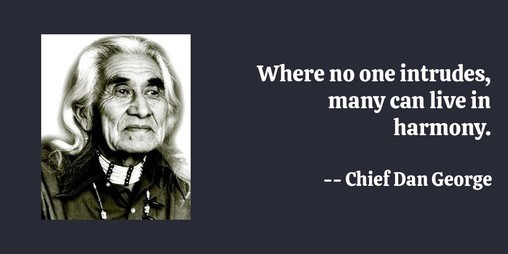 Where no one intrudes, many can live in harmony. 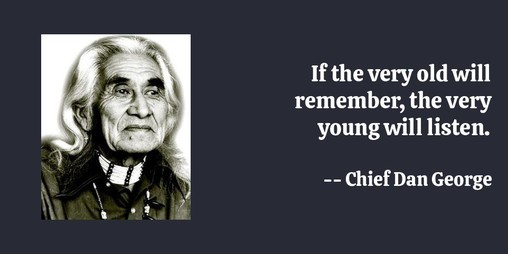 If the very old will remember, the very young will listen.