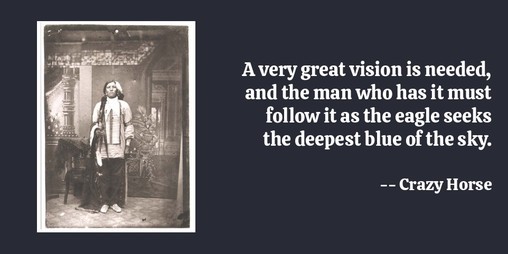 A very great vision is needed, and the man who has it must follow it as the eagle seeks the deepest blue of the sky. 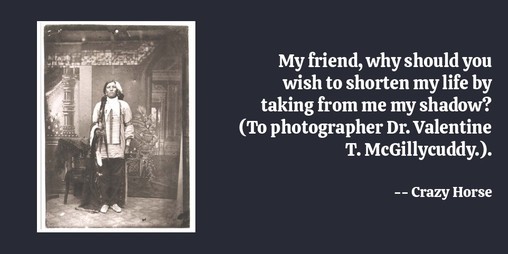 My friend, why should you wish to shorten my life by taking from me my shadow? (To photographer Dr. Valentine T. McGillycuddy.). 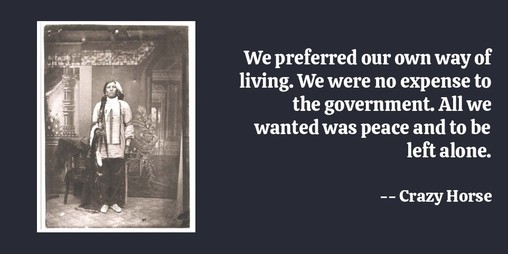 We preferred our own way of living. We were no expense to the government. All we wanted was peace and to be left alone. 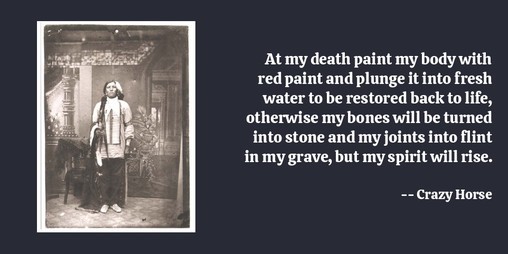 At my death paint my body with red paint and plunge it into fresh water to be restored back to life, otherwise my bones will be turned into stone and my joints into flint in my grave, but my spirit will rise.

Upon suffering beyond suffering: the Red Nation shall rise again and it shall be a blessing for a sick world. A world filled with broken promises, selfishness and separations. A world longing for light again. I see a time of Seven Generations when all the colors of mankind will gather under the Sacred Tree of Life and the whole Earth will become one circle again. 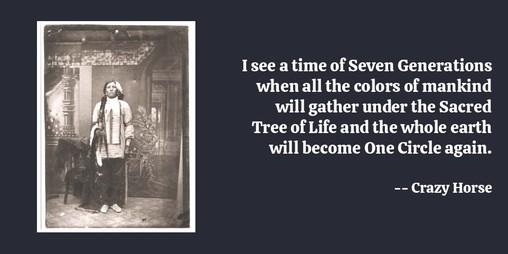 I see a time of Seven Generations when all the colors of mankind will gather under the Sacred Tree of Life and the whole earth will become One Circle again. 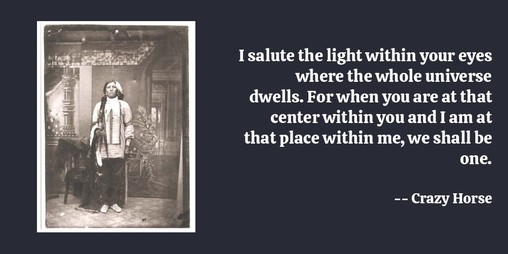 I salute the light within your eyes where the whole universe dwells. For when you are at that center within you and I am at that place within me, we shall be one. 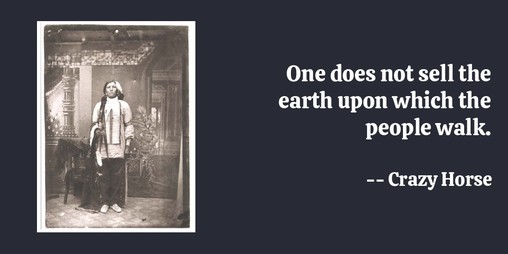 One does not sell the earth upon which the people walk. 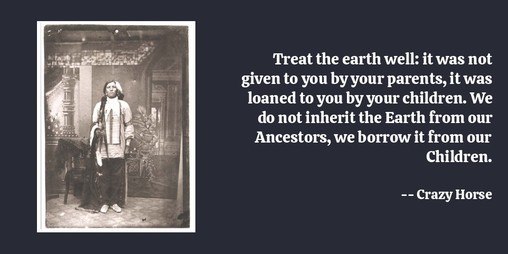 Treat the earth well: it was not given to you by your parents, it was loaned to you by your children. We do not inherit the Earth from our Ancestors, we borrow it from our Children.