Love is the absence of judgment.
--Dalai Lama

Design 7 Man And Woman With Dog On Woods

Design 10 Silhouette Photo Of Man And Woman On Cliff

Design 20 Dalai Lama Quote: Love Is The Absence Of Judgment.Printed In White Text On Seashore Background 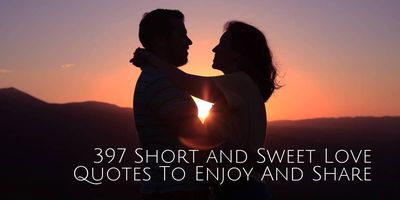 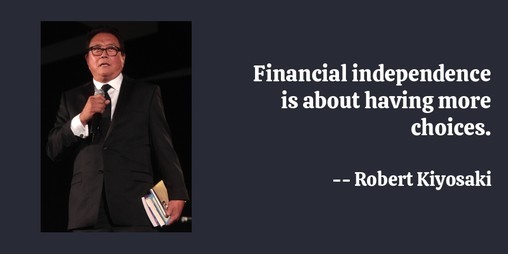 Financial independence is about having more choices.

Financial independence is paramount. My mom always says that when a woman is financially independent, she has the ability to live life on her own terms. I think that was the soundest advice that I ever got. No matter where you go in life or who you get married to, you have to be financially independent -- whether you use it or not. 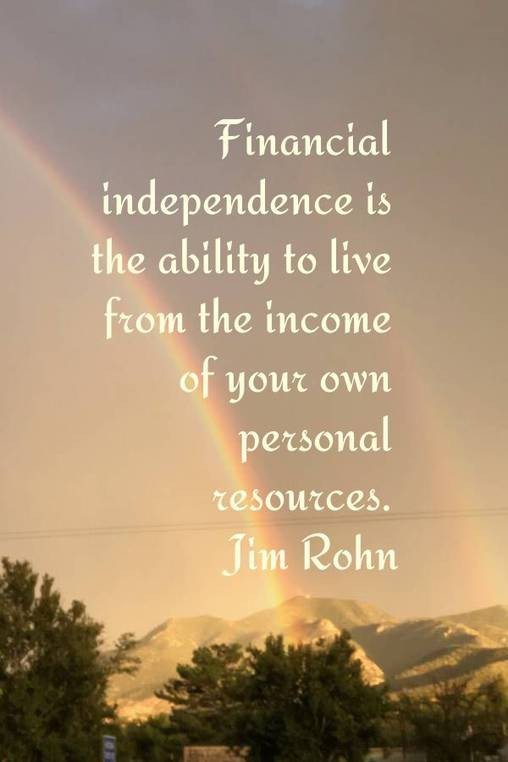 Financial independence is the ability to live from the income of your own personal resources.

Financial innovation can be highly dangerous, though almost no one will tell you this. New financial products are typically created for sunny days and are almost never stress-tested for stormy weather. Securitization is an area that almost perfectly fits this description; markets for securitized assets such as subprime mortgages completely collapsed in 2008 and have not fully recovered. Ironically, the government is eager to restore the securitization markets back to their pre-collapse stature.

Financial institutions have been merging into a smaller number of very large banks. Almost all banks are interrelated. So the financial ecology is swelling into gigantic, incestuous, bureaucratic banks-when one fails, they all fall. We have moved from a diversified ecology of small banks, with varied lending policies, to a more homogeneous framework of firms that all resemble one another. True, we now have fewer failures, but when they occur... I shiver at the thought.

Financial institutions like to call what they do trading. Let's be honest. It's not trading; it's betting. 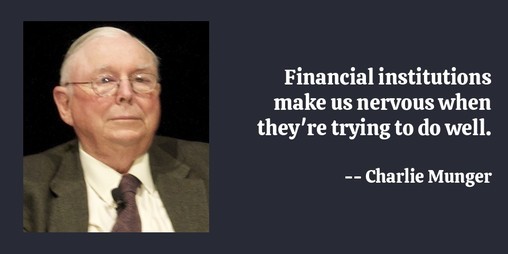 Financial institutions make us nervous when they're trying to do well.

Financial institutions, the corporate world and civil society -- all must uphold high standards of probity in their working. Only a genuine partnership between the Government and its people can bring about positive change to create a just society.

Financial literacy is an issue that should command our attention because many Americans are not adequately organizing finances for their education, healthcare and retirement.

Financial literacy is not an end in itself, but a step-by-step process. It begins in childhood and continues throughout a person's life all the way to retirement. Instilling the financial-literacy message in children is especially important, because they will carry it for the rest of their lives. The results of the survey are very encouraging, and we want to do our part to make sure all children develop and strengthen their financial-literacy skills.

Financial market participants appear to recognize the FOMC's data-dependent approach because incoming data surprises typically induce changes in market expectations about the likely future path of policy, resulting in movements in bond yields that act to buffer the economy from shocks.

Financial markets ... resent any kind of government interference but they hold a belief deep down that if conditions get really rough the authorities will step in.

Financial markets are supposed to swing like a pendulum: They may fluctuate wildly in response to exogenous shocks, but eventually they are supposed to come to rest at an equilibrium point and that point is supposed to be the same irrespective of the interim fluctuations. Instead, as I told Congress, financial markets behaved more like a wrecking ball, swinging from country to country and knocking over the weaker ones. It is difficult to escape the conclusion that the international financial system itself constituted the main ingredient in the meltdown process.

Financial news services and other media organizations get press releases 15 minutes before they are distributed to the general public, fueling a furious competition among the news services to rewrite them for their subscribers during their window of exclusivity.

Financial operations do not lend themselves to innovation. What is recurrently so described and celebrated is, without exception, a small variation on an established design ... The world of finance hails the invention of the wheel over and over again, often in a slightly more unstable version.

Financial parasites: greedy people who live luxurious life at the expense and hard work of others. ~ Angelica Hopes, an excerpt from the book, Odyssey of a Heart, Home of a Soul. 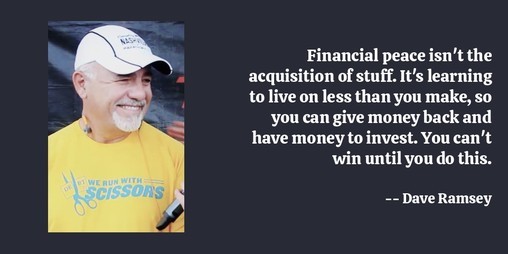 Financial peace isn't the acquisition of stuff. It's learning to live on less than you make, so you can give money back and have money to invest. You can't win until you do this.

All quotes by Dalai Lama: 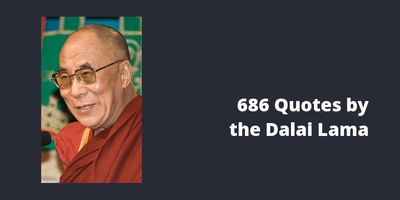