Endangered forests are being slaughtered for toilet paper.
--Daphne Zuniga

An essential part of any successful action on the part of the United States is an understanding on the part of the people of America of the character of the problem and the remedies to be applied. ... It is virtually impossible at this distance merely by reading, or listening, or even seeing photographs or motion pictures, to grasp at all the real significance of the situation. And yet the whole world of the future hangs on a proper judgment.

An essential part of seeing clearly is finding the willingness to look closely and to go beyond our own ideas.

An essential part of teaching children to be disciplined and responsible is to have them learn to work.

An essential part of true listening is the discipline of bracketing, the temporary giving up or setting aside of one's own prejudices, frames of reference and desires so as to experience as far as possible the speaker's world from the inside, step in inside his or her shoes.

An essential quality of beauty is aloofness.

An essential virtue is humility. ... The principle of humility and prayer leads one to feel a need of divine guidance. Self-reliance is a virtue, but with it should go a consciousness of the need of superior help-a consciousness that as you walk firmly in the pathway of duty, there is a possibility of your making a misstep; and with that consciousness is a prayer, a pleading that God will inspire you to avoid that false step. 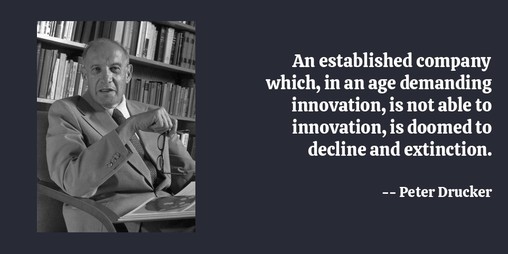 An established government has an infinite advantage, by that very circumstance of its being established -- the bulk of mankind being governed by authority, not reason, and never attributing authority to anything that has not the recommendation of antiquity.

An established property can be a blessing and a challenge. On one hand you have all those fans of the original that you can pick up with and continue on with but then you have a lot of people out there who haven't seen the first and might feel like this isn't a movie for them because of that.

An estimated 2 million American women will be diagnosed with breast or cervical cancer this decade and screening could prevent up to 30% of these deaths for women over 40.

An eternal question about children is, how should we educate them? Politicians and educators consider more school days in a year, more science and math, the use of computers and other technology in the classroom, more exams and tests, more certification for teachers, and less money for art. All of these responses come from the place where we want to make the child into the best adult possible, not in the ancient Greek sense of virtuous and wise, but in the sense of one who is an efficient part of the machinery of society. But on all these counts, soul is neglected.

An eternity caught in a feeling is called love.

An eternity caught within a feeling is called love.

An ethic is not an ethic, and a value not a value without somesacrifice for it. Something given up, something not gained.

An ethic isn't a fact you can look up. It's a way of thinking.

An ethic that emphasizes relationship and community can be concerned with protecting the individual's interests, but always with an eye to trying to reconcile those interests with those of others. An ethic emphasizing rights and autonomy should be concerned with promoting enough community to foster a motivating concern for everyone's rights, not just one's own.

An ethical man doesn't need a consensus of his allies in order to act against something he finds reprehensible.

All quotes by Daphne Zuniga: