Give yourself to the Dark Side. It is the only way you can save your friends. Yes, your thoughts betray you. Your feelings for them are strong. Especially for ... sister. So, you have a twin sister. Your feelings have now betrayed her, too. Obi-Wan was wise to hide her from me. Now his failure is complete. If you will not turn to the Dark Side ... then perhaps she will! 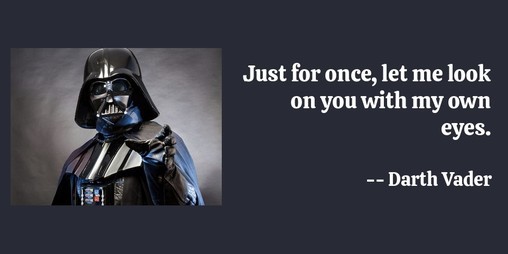 Just for once, let me look on you with my own eyes. 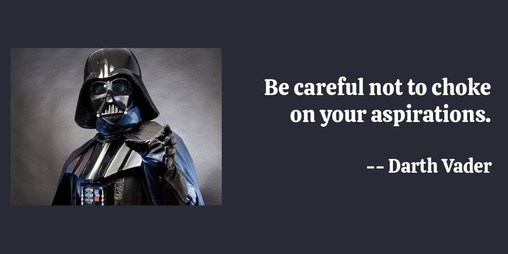 Be careful not to choke on your aspirations.

Be careful not to choke on your aspirations, Director. 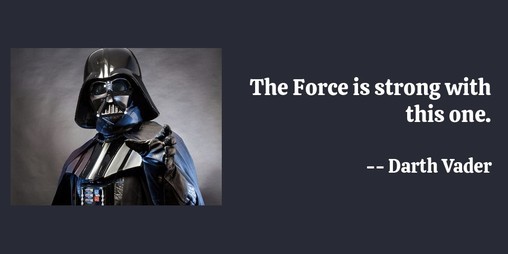 The Force is strong with this one. 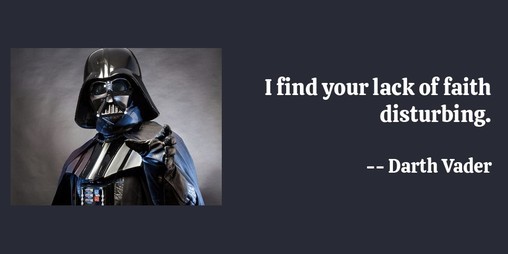 I find your lack of faith disturbing.